INNFINITY
Home Tech Facebook of the metaverse, and our lives in it A trailblazer ever since the time it embarked upon the world horizon, the social media giant Facebook has been transforming the very way we live in numerous different assertions of its own. Making the digital world an inescapable part of the reality of the life we inhabit on this planet earth is what Facebook has done over the years to completely revolutionize living and communication in the world of today. And with its most recent rebranding, that which projects Facebook as Meta signifying the future of it traversing intricately along the metauniverse track, this trendsetting development of the futuristically exciting 21st century is all set to usher in another phenomenal newness in the now beyond ordinary human existence. A revelation in the kind of fusion it intends to achieve by blurring still the lines between the virtual and the real is this phenomenally significant corporate name change effected by Facebook that takes on indeed on an idea often touted as the next big thing in the development of the internet.

In its very mention, the metauniverse conjures up an image of all things really hi- tech and indeed interesting. For, as a concept arising from the intensely imaginative realms of the fictional, the metaverse indeed is bound to be an experience where all things not conceivable of in the real world comes to life. And in simulating this very version of a reality that is a coming together of all things intriguing as a virtual reality augmented version of the world of immense possibilities that the internet is, the metaverse identity sought out by Facebook to span out across is only a furtherance of the vision of its founder Mark Zuckerberg who bets upon this increasingly popular buzzword of the tech world as being the ‘successor to the mobile internet’.

Despite its intriguing fore and the high profile technical attributes of which it stems, the metaverse can tend to be a rather simplistic concept in interpretation. An alternate digital reality where humans can do all they do as well in the real world is this metaverse that introduces you to a virtual self of your own, your digital avatar through which you can connect as well with the virtual avatars of other people with the help of augmented and mixed reality. Essentially therefore, the metaverse is an expansion of the space in which we currently dwell, albeit in a different manifestation, being along the realms of which can be most aptly described in Zuckerberg’s own assertion of being ‘inside the internet’.

The idea of the metaverse itself is highly ambitious to say the least. And to plan a real world setting around this vision of far fetched existence in what can very well be considered a parallel universe infused into our own can seem to be one of the most superfluous assertions of the human intelligence as well as his desire to acquire things and spaces outside his own. The premises on which the meta universe, or colloquially the metaverse is all set to come up on are new and diverse online spaces of multi dimensional bearings, along which viewers of content can also belong as much to it.

Triggering therefore another development in the now even more coveted entity of virtual presence over the physical, induced in part by the coronavirus pandemic is this idea of the metaverse that despite being entirely tech driven in orientation will indeed come to rule all aspects of human life should it manage to become as widely accepted as it is touted to be. Across the realms of fashion or entertainment, be it through the play of brands or companies, the metaverse will end up creating also an economy centered around its very basis, where both consumerism and ownership of goods and services will merge across such overlapping frontiers that does not anymore entail each a unique identity of them, but present them instead in this emerging new embodiment of what physical and virtual reality embedded together will span out as in its own definiteness. Continuing therefore with life along this expanded trail of what we have till now managed to seek out in all worldly exemplariness is this phenomenal concept of the metaverse that would allow one to play out in the ‘atmosphere’ of the real world what they have been all this while playing out instead on screens. By making the physical world a giant live screen across which we all interact and work and play, and indeed live, in all our real and virtual avatars, the metaverse opens to us a wholly immersive new world of exciting prospects and possibilities galore. 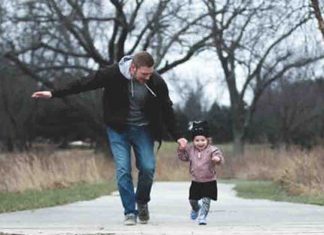