INNFINITY
Home Tech Top hackers in India who are sought after by people around the... In spite of the seemingly negative connotation it holds, hacking into complex security setups and critical computing structures is no mean task. It requires expertise, concentration and indeed the most brilliant of minds to breach into systems silently overruling all their top notch salient manifestations. The best hackers indeed are the ones who build up this acumen to breach security again and again, so that they can guard the interest of millions of users to which these cyber systems cater. Here are some of such top hackers in India who are sought after by people even around the world-

Perhaps the most decorated among top Indian hackers is Trishneet Arora, who at a mere 26 years of age has set precedents in ethical hacking that are simply mind blowing. The founder and CEO of cyber security company TAC Security, Arora is a self decribed friendly hacker who seeks to employ his exemplary skills to help find loopholes in the security systems of organisation and companies and also sort them out.

Funded by angel investor Vijay Kedia and support from former Vice President of IBM, William May, Arora has been named in Forbes 30 Under 30 2018 Asia list and Fortune (magazine) 40 Under 40 2019 list of India’s Brightest Business Minds. Also listed among the 50 Most Influential Young Indians by GQ Magazine in 2017, Arora also rears rare honor as the Mayor of Santa Fe, New Mexico proclaimed August 25th as the Trishneet Arora Day.

The founder and managing director of Cyber Octet Pvt Ltd, Falgun Rathod is another Indian hacker who has been putting his technical expertise to ethical use. Considered the leader in information security in India, Rathod is one of the top hackers who also has been instrumental in spreading awareness about information security in the country. Heralding the reputation of solving a number of complex cyber crime cases under the government as well as for corporate ventures by identifying and modifying a host of loopholes, Rathod also is an invited member at the ICTTF (International Cyber Threat Task Force) and the CSFI (Cyber Security Forum Initiative) that further reinstates his exceptional hacking talent.

The founder and CEO of TechDefense Labs, Sunny Vaghela is an ethical hacker and entrepreneur who is among the high profile information security and cyber crime consultants. From tracing the terror emails in the Ahmedabad serial bomb blasts to helping the anti terrorist squad during the 26/11 bombings, Vaghela has time and again employed his credentials to help address security concerns. Even in assisting financial institutions, E-Commerce, logistic industry, and media to help secure themselves against cyber crimes, Vaghela definitely counts among the top hackers of India.

One of the best known among the hackers of India is Vivek Ramachandran, a security researcher and cybersecurity specialist. One of the 2006 winners of the Microsoft Security Shootout Contest, Ramachandran is the founder of SecurityTube.net, a free video based computer security educational portal. Cisco Systems also awarded Vivek the Team Achievement Award for his contribution to the Port security modules in a certain model.

Another of the ethical hackers of India who has been a feature in the Forbes’ 30 under 30 Asia list is Bangalore based Anand Prakash. From identifying bugs in platforms like Facebook, Uber and Tinder that earned him the bounties, Prakash began as a security engineer in Flipkart and rose to bag second position in Twitter’s 2015 bug bounty list in the world.

An MIT graduate who claims prominence now as the CEO of Samsung’s Star Labs, Pranav Mistry is a computer scientist and also a hacker. Best known for his work on the SixthSense technology that is put to use by NASA, Mistry is an exceptional talent whose tech acumen has earned him the title of Young Global Leader 2013 bestowed by the World Economic Forum. One of the most powerful digital Indians as per GQ and also listed among the 15 Asian Scientists To Watch by Asian Scientist Magazine in 2011, Mistry also has made some other notable inventions like the invisible mouse Mouseless, a gaze and blink controlled robot Blinkbot among others.

Among the females making breakthrough in the world of hacking in India is Deepali Malekar, an exceptional talent who is a Security Researcher in Wipro. Listed in the AOL Hall of Fame for her indeed many inroads into cyber security and technological nitty gritties, Malekar also has her own information security consulting firm under the name Infosec Labs.

For someone who has been hacking the Android platform inside out, Koushik Dutta definitely made big news when he turned down a job offer from tech giant Sony. Better known as “Koush” to the Android power user community, Dutta is best lauded for his development of the custom recovery ClockworkMod as well as other equally usefu; tools like ROM Manager, ClockworkMod Tether, and DeskSMS. Making use of his immense technical expertise and intricate hacking acumen, Dutta aspires to make mobile platforms safer for Android users.

The current President of the Information Systems Security Association (ISSA), India Chapter and also the Advisory Board Member of Cybersecurity Ventures, Benild Joseph is an ethical Indian hacker who has been listed among the top eight of the country by Silicon India Magazine. Also a former director of the Cyber Crime Investigation Bureau, New Delhi, Joseph has been registering and pending patents in the arenas of cyber crime forensics and information as well. Joseph’s hacking exploits stemmed from his penchant for technology that has now led him to be also the Chief Executive Officer for the “TH3 ART OF [email protected]“ – an international IT security project collaborated with the Indian government.

A top level Indian hacker, Jayant Krishnamurthy is famous for his contribution in designing the MD6 algorithm and teaches computer and network security. With interests ranging from information extraction to knowledge representation and common sense reasoning in Artificial Intelligence, Krishnamurthy definitely has a wide behemoth of technical expertise that places him firmly among the best hackers of India.

The Vice President of cyber security venture Lucideus, Rahul Tyagi is one of the foremost mentions among the top hackers in India. An expert in cyber security training, Tyagi is one of the leading ethical hacking trainers of the country with a decade of expertise backing him up. His hacking forte has led him to emerge as a skilled dealer of vulnerabilities on websites that are reputed and harbour immense confidentiality. Apart from imparting his knowledge and skills of hacking through training sessions, Tyagi even has penned two books based on his trade namely Hacking Crux 1 and 2.

Among the self proclaimed black hat hackers of India, Ankit Fadia’s range of skills that grant him easy access to the critical domains of computers and the like have very often been debated and scrutinised. But the man behind the book Unofficial guide to ethical hacking, which Fadia wrote at a mere age of 14, sure establishes his prodigious talent that has led him to be a tech enthusiast known across the world. Fadia’s self claims about how he has successfully hacked into numerous websites to appropriately address security claims have been waived off by security and cryptography experts alike even as rampant plagiarism allegations dominate his many written works as well. 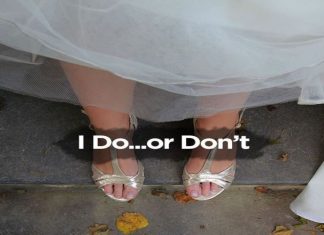 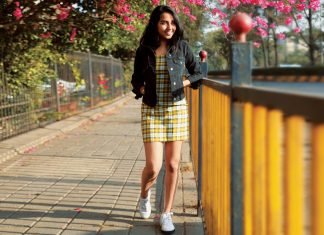