The place that celebrates vintage stuff and historical artefacts, museums are very often viewed as sombre and bland. Indeed, a collection of objects devoid of life could only be somewhat uneventful. Not really! If you have had a chance rendezvous with some of the most offbeat museums in the world that negate every claim of mundanity, then you would realise that collectors’ items need not always be placid. Surf on through our list of thirteen museums from the world over that delivers spunk on a whole new level!

Art is meant to be celebrated- in whatever form and ‘beauty’. No wonder then there’s actually a Museum of Bad Art that takes pride in exhibiting such eerily painted depictions that are too bad to even be ignored. Maybe therein lies the power of creativity as a liberal arts domain!

The pursuit to celebrate such hilarious artistic prowess dates back to 1993. And now, the museum amuses with weird landscapes and even weirder human forms and the like to uphold its core mission to deliver fame and name to such art that isn’t worthy of even your indifference!

If you thought that ramen noodles are only a phase of your low key existence, then you might be so damn wrong. Case in point- the Momofuku Ando Instant Ramen Museum in Japan that has been chronicling the origin and evolution of this instant delight food for close to two decades now.

The Ramen museum in Japan documents the journey of this savior food ever since its origin in 1958 and is aptly named after Momofuku Ando, the creator of this genius hunger killer. What’s more, if you want to treat your taste buds to limited edition Ramen eats from the country’s Hokaido and Tohoku regions as well as explore the museum’s My CUPNOODLES Factory by designing your own soup packaging, then this one is definitely the fantasy world for you!

What can be more thrilling than an underwater space exquisitely carved and maintained with enriching recollections of the era gone by with close to 500 statues in display? At the unique concept museum opened in 2010, the idea behind the innovative urban reef is also equally focussed on biodiversity conservation. With options of exploring the deep reaches of the ocean and the museum’s picturesque aquatic settings through snorkelling, scuba diving (apart from the other best places for deep sea diving)or traversing in a glass bottom boat, this underwater space of collections is undoubtedly one of the most unique museums of the world.

The only ventriloquist museum in the world, the Kentucky Vent Haven spooks in a way that is ‘unconventional’! You may not be exactly thrilled by the ‘gospel’ about hundreds of dummies that stare at you as you take place centerstage, but cut out the lights and you would know the clown gaze isn’t exactly something you would like to encounter. And while this might not be the exact reality, the terror is very much real. For, even though ventriloquism as an art form is meant to entertain, the exaggeration on the face that is needed to force the impact can send some serious chills up your spine.

How very appealing it is to delve into the sweet confines of a blessing as divine as soft, creamy gelato? The ice cream competitor from Italy is a dessert that sets taste buds on a flavor riot. And to be able to witness all of the frozen dairy’s history and charm and allure in a setting that is spectacularly ‘cool’ would be a delight in itself!

Welcome to the Gelato Museum in Italy that greets you with quotes from literature that celebrate the delectable masses of colored sweetness, even as you are charmed by vintage ice chests, old gelato carts, ethereal pieces of gelato serving glassware, all while soaking in the life journey of that appetizing bowl of smooth indulgence!

If you thought Paris was only about all things beautiful and romantic, then think again! The world’s only museum dedicated to vampires, this place in the outskirts of the France capital is a sure shot creep adventure. Set against the backdrop of a dark, dubious alleway, this spooky trip is the brain child of ‘Vampirologist’ Jacques Sirgent who has painstakingly piled up on his treasure of collections (from online sources as well as from flea markets around the world) that will induce serious terror among even the bravehearted.

For what has been driving the world with its abundance of calories and energy, celebrating the wonder loaf of bread with a museum dedicated to its deliciousness is only worthy. And though devoid of any actual specimen of bread (for bread is best when it is fresh), the Museum of Bread Culture in Ulm, Germany counts among the four in the country that celebrates the goodness of this enriching fare that is a staple on the German food palate.

Your loaf of bread might be crusty, but this first of its kind museum surely isn’t!

Fran Kafka has been one amongst the most introspective figures of middle age literature, and with his reflective writings on love, longing and loss, death and pathos also presents one of the most immersive collections of emotive compositions. No wonder then the museum dedicated to this literary giant in his hometown of Prague presents a dark picture of his immersive dwellings.

Absurdity runs deep within the museum’s gallery, much like Kafka’s works and the result is an eerie juxtaposition of fear and surreality that makes the place one of the strangest exhibiting grounds ever.

The name might sound too plain for a museum that serves to stand out for its uniqueness, yet the feel rendered as you visit the Lunchbox Museum in Georgia is pure nostalgia. With a collection of over 2000 lunchboxes that is sure to make you reminiscence your favorite childhood lunch time memories, the quaint zone is definitely a treasure trove for all of us who had a special penchant for being the choosiest when it came to the boxes that would pack our midday meals in them!

While Count Dracula has terrified you infinitely from within the pages of history and while glaring that menacing laugh through screens, be prepared for an otherworldly experience as you step into the mystery and mythic of the lore in person. Nestled within Romania’s quaint village of Bran, the namesake castle replicates the imitable stomping ground of the feared Count that has many a times delivered terror through words.

For the fainthearted, Bran castle may also make its way to the list of elusive places in the world.

It isn’t always success that is celebrated, even failure deserves some accolades as well. And Sweden’s Museum of Failure sets trends just right when it serves to ‘laud’ some epic innovation fails.

Interestingly, the Museum of Failure is an innovation of sorts, with the concept of displaying failed products being one of the most offbeat concepts. Well, there’s success in celebrating failures too!

Among all the demons that have plagued the student community since time immemorial, perhaps mathematics is viewed as the ugliest. And yet there is this wonderfully unique museum that seeks to restore the science of numbers its lost glory. The Museum of Mathematics in New York is also a delightfully pretty place for deciphering your hidden intelligence!

Bizzarities are stuff enough to arouse curiosity. And if enlisting in a museum takes route to stocking of food oddities, the result is spectacular. The Museum of Food Anomalies is the perfect ‘place’ for you to explore all such mysteries embedded in the world of food! 14 couple tattoos you can suggest your bae [couple goals] 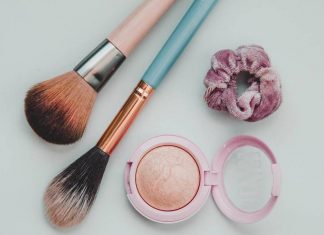 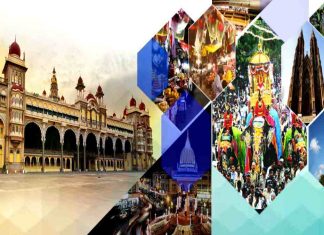