Out of the many ways to travel for varying reasons and in different seasons, there does not exist one singular mode of trotting the globe that is not unique in the very experience of it. While leisure and necessity might be the dual notions in being largely the reasons to travel, there exist within these two assertions another multitude of motives and causes that drives one to travel. Equally diverse would be the very route itself along which the travelling objective is pursued and while there entails no exclusive status catering to any single mode of travel choosing, the common notion appears to be one rather grounded in the distinction that exists. So while one would likely take to a pleasurable trip perhaps jet setting and checking in and out of hotels, the ones more intent on discovering and exploring newer places in a very passionate seeking out of the travel thrill will likely, even if not universally be less flairful in their go and stay. It perhaps all boils down to convenience and affordability for one thing is certain travel appeals in different ways to different people. And in harbouring different objectives as well along the duration of the travel, whether it be in the journey or of the stay, travel sure takes on such forms and types that are distinctive in their own discrete characteristics, at least traditionally even when they do tend indeed to overlap across routes and imbibe in themselves elements of their counterparts in the process thereby deriving even different an identity of their being.

One such form of travelling that has catered specifically to the low cost requirements sought out across the indulgence in the passion of treading all possible spaces of the world but that which today finds also more a charting beyond these typical attributes of a specific kind to emerge instead as more mainstream and ‘usual’ therefore is what we commonly know as backpacking. Once exclusively conjuring up of such necessities of travel that needed to be low cost and affordable due to its governing by an end pursuit outside of indulgence, backpacking grew indeed to cater to such end in sight due to it essentially being as minimal a way of undertaking travel escapades as possible. And yet, it is in the same convenience of minimalism and independence as well that has led backpacking to emerge also as one of the most feasible ways to travel in the sheer pleasure of it. As a mode of travel that imbibes in its very name the essence of packing up the bare essentials into a ‘luggage’ easy to be carried around one’s back, this discrete deliverance in affordable commodiousness though also ventures into areas outside of its expectations, entailing thereby a host of associated benefits not always associated with the activity of travelling.

In its most innate essence, backpacking tends to be more about comfort than about cheap travel since a linear assertion of its nature also encompasses the kind of adventurous travel that trekking and its associated composites of camping alludes to. And given the more than practical assertion that packing all things on the back entails, it is no wonder that backpacking itself has come to be synonymous with embarking on the wilderness trail along a certain strand of it. Most usually though, backpacking refers to any trip carried out essentially by packing only enough, thereby just the essentials to be conveniently and comfortably accompanying the traveller but resonating more across the contemporary exploration of backpacking travel would be such considerations that considerably concerns the fore of youth tourism.

Backpacking seems and sounds very youthful indeed for the very idea of ambling along with all essentials loaded on the back is obviously a display of energy and enthusiasm typically expected of the young and the spirited. And yet, backpacking tends to be taken up also as popularly by older folks, specifically when on career breaks, motivated usually by a desire to experience the world in all wholeness and discover thereby their true selves in all that trudging and travelling through earth. Even retirees are today more than catching up on the backpacking trend, since enhanced health conditions and longer life spans means people are young enough still to explore the world in all spirit of mind and body long after they are officially, or at least ‘professionally old’. But behind all this new age charting of the backpacking route trails a history that is not modern by any standards, in fact treading a route so ancient that easily dates back by an astounding 5000 years! The motive though was all need and no leisure back then, explaining perhaps why backpacking has continued to stand its humble ground across the essence of the bare necessity despite it having evolved enormously since that long drawn pursuit in time.

And it isn’t any wild guess though that leads us to establish the more than historic beginnings of which backpacking has emerged to only further its finding of favor across time and ages by humans pursuing motives of their own. From need to thrill and charting still in between the ultimate exploration of convenience in cheap comfort is what makes backpacking the mode of timeless travel that it has long tended to be. And while the term backpacking and its expression as a travel activity undertaken not strictly out of need is as recent as it can get with roots embedded in only the 20th century, the first ever discovery of what functioned at least as a backpack happens to be a 1991 discovery upon the historically famous Ötzi the Iceman somewhere in the Ötztal Alps, though the possessions laden human had been travelling since long before as well. Probably backpacking across Italy was this native whose naturally mummified remains very prominently encompasses the cloth or animal skinned backpack on a wooden frame and which is presumed to date sometime between 3400 and 3100 BCE.

Advancing further along the advent in history and we stumble upon an account of the 7th century Chinese Buddhist monk Xuanzang backpacking his way to India scripting therefore a well known travel tale of seventeen years. Fast forwarding into times comparatively modern and the backpacking reference reappears across times of the 17th century, yet again with an Italian Giovanni Francesco Gemelli Careri securing the credits of being a truly new age tourist as well, undertaking as he did his voyage across the world for pleasure rather than purpose.

The 1900s though has been the years when backpacking came to be its modern being particularly during the second half of the century but the advancement of events that would come to characterise this distinct mode of travel had well found footing during the first decade itself. The term backpack came to be as early as 1904 referring to a ‘bag with shoulder straps that allow it to be carried on a person’s back’, and by 1910 it had been granted official entry into the dictionarial lexicon as well. As a verb form though, and alluding therefore in more exactness to the activity of backpacking or travelling with a backpack, it had been the year of 1916 around which the happening took place even as the first ever external frame camping backpack followed only in the next decade. As the loose sack with shoulder straps evolved into a sturdier design supported in its structure and purpose by a rigid pack board along a design worked out by American Lloyd Nelson to offset his own encountering of many a discomforts upon his 1920 hiking across Alaska with a borrowed Inuit-made sticks-and-sealskin backpack, the very backpacking assertion found expression in a more popular dimension of it.

Subsequent developments followed in the years since then and backpacking began to meander across the trails of not just the mountains and the arduous but also find more resonance as being yet another mode of regular travel. Particularly during the 1950s and the 60s, this mainstream assertion of backpacking became popular though considerations of cheap travel ruled large this dominion of what had by then unfurled as a definite expression of tourism. Also coming to be associated prominently with the ‘hippie trail’ of the times had been this exploration in travelling, that has since continued to encompass other essences of variegated nature far outliving therefore its description as an activity in either the need or convenience of it. Today backpacking is undertaken for a number of reasons that range from the purely explorational to the educational, driven by both passion and purpose and that which has imbibed into itself through such diverse means of expression many an attributes of different touristry leanings. From enlightened travel discoveries to sustainable and responsible travel awarenesses, backpacking today carries in itself the sum and substance of what guides travel and tourism in all importance as well as essence. 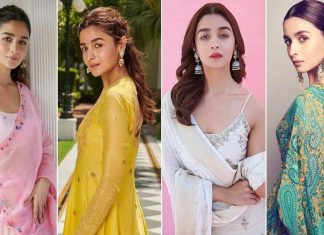