INNFINITY
Home Travel 20 ways to experience the beauty of Leh- Ladakh and lose yourself... There exists exotic travel destinations and there also exists offbeat holiday locales that entice you with their own distinct charm and beckon you into exploring their out of the world attractions. However, even as the world remains a delightful mix of both these types, there also exists places that are in themselves an eclectic whole of such diverse components that you would want to come back to such diversity again and again.

While India is abundant in places that can hold you in awe with the magnificent beauty and majestic attractions in place, the country is also abundant in terrains that are a challenge to tread but have nevertheless managed to make themselves matter as being of prime interest to tourists.

The Leh- Ladakh region is one such coveted travel destination in the country that is spellbinding in its every aspect. Undoubtedly, the beauty of Leh- Ladakh is unparalleled. In all its natural grace and daunting landscape, Leh- Ladakh is a haven of wonders and one that figures very prominently in our must travel list.

While the entire region is magical enough to make you lose yourself in the magnificence, there are some not to be missed attractions of the place that lets you explore the beauty of Leh- Ladakh in all its teeming glory. Here are things you should not miss out doing in Leh- Ladakh in those must- visit places when the heavens let you make that once- in- a- lifetime experience trip finally happen-

The white- domed Shanti Stupa are one of the most magnificent features that dot the landscape of the region of Leh- Ladakh. A two level structure housing Buddha idols and relics, the gigantic white spired domes specifically comes to life when illuminated in the night. Located on a high, rocky ridge, the domes stand out as domineering sights in the snowy expanse that makes up the beauty of Leh- ladakh.

Breathtakingly massive, the Drang Drung glacier is all things icy and snowy. Which means it makes for an ethereal view to leave you gaping open mouthed at its beauty.

But it’s not only the beauty that this vast mass of ice and snow is bestowed with. Trekking to the glacier through the winding path of the Suru Valley will greet you with mesmerizing views of flowering pastures, sun gilded snowy mountain capes and a gorgeous blue sky to make a daunting walk one of the most memorable ever.

If you thought the beauty of Leh- Ladakh lies only in its environs and vibe, you aren’t entirely right. The region is steeped in such uniqueness and surprises that will make you fall in love with its soul one more time.

One such unexpected attractions in Leh is the Donkey Sanctuary. And mind you, the sanctuary doesn’t house just about any donkey. Only those beasts of labour that have been abandoned in a pithy state find entrance in this one of a kind sanctuary that will sure have your heart with its thought and uniqueness.

The beauty of Leh- Ladakh lies in its many unique and offbeat attractions. While spotting a camel or two in this part of the country is one delight you
would probably squeal at, there’s much more yet to come!

A camel safari is exactly the wonder that will leave you jumping in joy while in this land of surprises. And with not just one but two humps, a ride on the Bactrian camels in the safari would be exotic and adventurous to say the least!

Once upon a time in a land far far away. Zanskar is part of the Kargil district in India’s northernmost state Jammu and Kashmir. To us, Zanskar looked like a land which has been taken out of a fairy tale. The beauty of the landscapes changed our definition of beautiful. And in its – in your face – isolation, we learnt a whole lot about ourselves. Link in our bio for more information about traveling to Zanskar. #sandeepachetan #zanskar #kashmir #padum #kargil #nunkunvalley #suruvalley #parkachik #rangdum #penzila #drangdrungglacier #himalayasin #himalayangeographic #highaltitute #trekkersofindia #indiahikes #mountains #himalayas #thrillophilia #adrelanine #thrillseeker #adrenalinelife #wouldyoudare #globelletravels #neverstoptraveling #instatravelgram #traveljunkie #worldcapture #passportexpress #opemmyworld

The mountainous landscape that it encompasses, every inch of Leh- Ladakh can be explored with fun and adventurous treks. One such trekking expedition will lead you to the mysteriously enchanting Zanskar Valley in one of the remotest corners of Ladakh.

Whether it be the splendor of the glistening snow capped peaks or the rustic appeal in simplicity that you encounter as you make your way to the expanse of fresh blueness that the valley is, the Zanskar valley is one that captures the beauty of Leh- ladakh in all its pristinity and is for sure a place that needs to explored. Also because it is less crowded with tourists being relatively unknown, Zanskar offers you the best experience if you want to unwind in the magical environs of Ladakh.

Famed as the lake that blued up the screen in 3 Idiots, the Pangon Tso Lake will captivate you with its picturesque settings and mesmerizing beauty. Camping and ice skating are some of the adventure sports you can seek some thrill even as you get awed by the breathtaking beauty of its bluest water scape.

Adventure junkies can also seek detour in the Khardong-la Pass, one among the lesser known tourist attractions in Leh- Ladakh. One of the most difficult of passes to ride on, Khardong- la Pass is also high on thrill and perfectly sums up the mountainous adventure that Ladakh is. Khardong-la also holds the distinction of being the world’s highest motorable road.

The Nubra Valley with its rough desert like conditions might seem out of place with the snowy landscapes of Ladakh. But once you witness the sand dunes of the valley, you will know the magic is exactly what is encompassed by the breathtaking beauty of Leh- Ladakh in its other wordly settings.

If you thought the magic of Ladakh lies only in its pristine aura and magnificence, then there is this very magical Magnetic Hill in the region that will sure mystify you with its anti gravity.

Though an optical illusion that makes a downhill sloping road look like it actually slopes upward, the magnetic hill will have your bike drive up it all by itself if you leave it with the brakes unlocked. Magical, isn’t it? Even when you now know the reality, the thrill of this visual adventure is too tempting to not let this have you in awe!

The mecca for adventure seekers, Ladakh is as abundant in breathtaking oddities as it is in a large array of thrills and excitement. One very spectacular landscape that projects the beauty of Leh- Ladakh in a light less seen is the MoonLand of Ladakh, Lamayuru.

The reason why Lamayuru is famed as the MoonLand is because of its majestic landscape that resembles the moon. Especially on a full moon night, MoonLand offers a sight to behold with the soft glow of the moon lending its landscape just the perfect tint of divinity.

A pristine blue salt lake that rests in a calm so peaceful you can let your tired self float away in the tranquility- that’s exactly what Tso Kar is like. Small and nestled in serenity, Tso Kar is the place to find solace in, one that lets you connect with yourself. Also a haven for bird lovers, Tso Kar also has quite some tourist attractions nearby for those who want to explore all they can.

Be it the quaint yet super busy Alchi village or the 900 years old Alchi monastery, the beauty of Leh- Ladakh is magnificently pronounced in Alchi. Whether it be witnessing the simple yet busy Ladakhi village life or delighting in the vibrantly done bright green, gold, ochre and azure shades of the Indo-Tibetan paintings on display, the beauty of the place will not let your enthusiasm droop even when you need to be weary after a day long extensive tour of the place.

A structure that stands tall amidst the wonder trove of natural enchantment that Ladakh has to offer is the statue of Maitreya Buddha. A replica of Potala Place which is the Dalai Lama headquarters in Tibbat, the 50 feet tall gold statue is your dive into spirituality in the midst of all the beauty of Leh- Ladakh.

For those who favor the idea of divinity residing somewhere nearer to heaven, the Namgyal Tsemo Gompa in Ladakh is the place to be. There’s an air of mystique about this abode of spirituality that attracts many tourists to the place. The hilly locational terrain also offers sweeping views of the landscape underneath, making it a delight for those looking for the perfect shot in breathtaking serenity. And anyway the regale palace that it had one been, even the ruins are enticing with their own old world charm.

If you are in Leh- Ladakh any time in your life, you should totally not miss out visiting the royal ruins of the Leh Palace. A presence on the cliff allows the palace to encompass a wholesome feel of the charm that Leh resonates in. Also nestling the ancient legacy of the royal grandeur, the Leh Palace is for sure a place to explore for anyone with interest in ancient history and architecture.

An isolated wildlife sanctuary that nestles the region’s three lakes, Changthang Wildlife Sanctuary is located at an altitude of about 4000 to 9000 feet. Definitely, Changthang Wildlife Sanctuary is a world diversified from other wildlife sanctuaries with only rare spottings of wildlife. A jeep safari along the rocky, mountainous terrain of this off beat wildlife reserve is another path to tread while in Ladakh.

Another breathtakingly beautiful village nestles somewhere in the pristine landscape of Ladakh is Nimu. The confluence of the Indus and Zanskar rivers make for an awe inspiring view of the specifically adventurous region. The otherwise laidback valley comes to life as the hosting point of the All India river- rafting expedition that beckons adventurers with a high dose of thrill and excitement.

Rarely would you expect the beauty of Leh- Ladakh to be manifested in waterfalls. But the place is so steeped in surprising offerings of beauty that frozen waterfalls all across the region is not so much of a sight unseen. Majestic and magnificent at the mere sight of it, these vertical slabs of once flowing ice exude magical sheen and beauty to leave you gaping at this out worldly, frozen in time wonder.

Though there are quite some pretty, nice places in town where you can savour lip smacking delicacies while in Leh- ladakh, one place that particularly struck our fancy is the Moonland restaurant. Either because it is the namesake of one of Ladakh’s most iconic landscape or because it offers soul warming Tandoori Paranthas with a lump of butter and a comforting cup of tea that sure enhances the Leh- Ladakh vibe a lot more. 15 safest cities in India to live without any fear 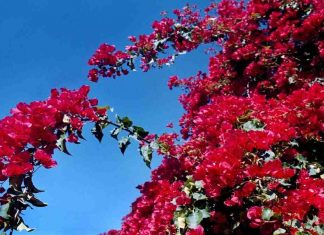 From Sikkim With Love….