INNFINITY
Home Travel The big, buoyant and biodiverse bloom of beauty in Borneo The third largest non- continental island in the world and the largest anyway in the largest continent Asia, as well as a eco tourism paradise stemming from its identity as a biodiversity hotspot, Borneo encompasses far too much of nature’s bounty than what you would have envisioned in its relatively- and surprisingly- quite unheralded status. Distinctive also in being the only island to span across three countries, namely Malaysia, Indonesia and Brunei, this ruggedly giant piece of land is located southeast of the Malay Peninsula and southwest of the Philippines as a primarily mountainous region with dense areas of rainforest. In fact, the rainforest of Borneo are believed to be some 130 million years old, making it among the oldest on earth- another distinctive feature that works to set apart this wonder of an island from any place else on earth. With an array of such distinctions to boast of in its numerous claims to fame, Borneo sure is the Treasure Island to tread on, whether you want to take in all its sights of splendor or simply yearn for such explorations of nature that will enthuse you even further to sustain with your offbeat travel agenda.

It really isn’t any surprise as to what you should expect to encounter in Borneo given its privilege of having been blessed with a diverse ecosystem. From the world’s tallest tropical tree Shorea faguetiana to the world’s smallest elephant species, the Bornean elephants and such other existences with standout attributes, Borneo really has it all. But beyond its wide range of species of flora and fauna alike, Borneo also is really steeped in the aesthetical aspect of nature. Featuring extensive caves and rivers and beaches, the island is as much a delight to experience in the landscapeic might of it as it is in its varied amalgamation of wild creatures and natural resources. Even in its culture, Borneo manifests every bit the diversity of its treasures, coming across as an incredibly rich existence, rendered all the more intriguing and unique in its hundreds and thousands of years of continuing history. Indeed as an area sprawling over three different countries, Borneo is but a melting hotpot of cultural influences and indigenous identities that define it as wondrously as does the range of its existence in the wilderness.

The region of Borneo under Indonesia is known as Kalimantan and covers about a substantial 73% of the island but it still is the Malaysian Borneo that accounts for 26% of the enormous landmass’s area that begets more significance as far as the tourism scenario is concerned. The two Malaysian states of Sarawak and Sabah that make up a part of Borneo are separated by the third component of the island, the tiny nation of Brunei. It is the capital cities of both Sarawak and Sabah, Kuching and Kota Kinabalu respectively that act as bases for exploring Borneo’s wildlife as well as the many other surprising attractions that characterise this region on earth beyond its wilderness.

A major tourist destination and a gateway for travellers visiting Sabah and Borneo, Kota Kinabalu is particularly intriguing in being one of the fastest growing cities in Malaysia even with its rather recent urban status that was granted only in 2000. Not just the city however, even the eponymous mountain peak enjoys as much relevance with respect to Borneo being the highest point on the island and overall the third highest peak on a island in the world. Protected as the World Heritage Site of Kinabalu Park, Mount Kinabalu itself is as prominent a biodiverse rich region as Borneo and hosts therefore some of the most exclusive floral and faunal species of the latter. A must visit attraction in Borneo, Mount Kinabalu is also a haven for adventure seekers being one of Southeast Asia’s most challenging climbs for enthusiastic hikers and offering therefore an experience of Borneo not just limited to spottings and sightings but one that is more personal and indeed more palpable.

Despite however all the fuss about the wildlife rich premises of Borneo that can tend to feel like something explored a bit too much at times, it still is in the callings of the wild that much of the charm of Borneo rests in. Home to quite a range of exotic species, the island region however is also a popular spot for common sightings of orangutans. An endangered species of wildlife but easily and exclusively encountered throughout Borneo, orangutans are most easily sighted in Sabah at the Sepilok Orangutan Rehabilitation Centre. Other range of species endemic to the island might reveal to you in chance in the dense growth of the jungles but a far more convenient way to get a sure glimpse of them all would be a visit to the Lok Kawi Wildlife Park, some 20 kilometers south of Kota Kinabalu.

Another place equally teeming with Borneo’s more than exotic array of wildlife would be the Kinabatangan Wildlife Sanctuary that takes its name from the Kinabatangan river alongside where it rests. One of only two areas in the world inhabited by ten species of primate, four of which are endemic to Borneo, this is a wildlife sanctuary that will grant you elusive sneak peeks into the cycle of continuation of such faunal specimen not readily encountered elsewhere. Pygmy Elephants, Proboscis Monkeys, Orangutans, Long tailed Macaques, Pig tailed Macaques, Western Tarsier, Silver Langurs, Magnificent Rhinoceros Hornbill, Sumatran Rhino, Bornean clouded leopard, marbled cat, leopard cat,, Malay Sun Bear, Monitor Lizard, Otter, Freshwater Terrapin and the Slow Loris, as well as myriad gorgeously colorful butterflies, crocodiles, frogs and insects grace this biodiversity hotspot nestled amidst another biodiversity hotspot making for such a mind boggling experience of the wilderness that will remain forever etched in your mind and soul.

Moving and jumping life forms apart, it also is no less thrilling an experience to discover Borneo’s gorgeously old rainforest, that comes across as a wonderful canopy of foliage and trees and shrubs doing up what is best known as Asia’s last great rainforest. Peat swamp forests occupy the entire coastline of the island that which has been classified into seven distinct ecoregions, home to more than 100 different species of plants, most notably housing also the largest flower in the world. The “corpse flower” or the Rafflesia arnoldii is one of the most unique flowers on earth and is native to the rainforests of Sumatra and Borneo. The national ‘rare’ flower of Indonesia, the Rafflesia arnoldii definitely is fitting of being a species endemic to Borneo, encompassing the prominently giant characteristics of the island and of course also the many uniqueties attributable to it.

No any unique a discovery would be to venture into the beach terrains of Borneo, popular prominently in the isolated stretches of coastline along the island of Pulau Tiga, that which has been rendered globally famous by its featuring in the hugely successful TV series Survivor. Equally spectacular would be an ambling along Tanjung Aru in Kota Kinabalu that boasts of impressive orange hued sands against the essentially beachy facade of palm trees. The Hawaii beach and the Tusan Cliff beach are equally perfect places to seek out in Sarawak while an offshore escapade into Brunei would land you into another haven of orange delight- the Muara beach. In the Kalimanatan region though, it would be the beaches of the Derawan Island that would be more than worthy of your coastal seekings in Borneo. Speaking of islands though, one of Borneo’s most famous tourist attractions has to be the Sipadan island that which is one of the top locations in the world for scuba diving. Malaysia’s only oceanic island formed by living corals growing on top of an extinct volcanic cone that took thousands of years to develop, the Sipadan island is located at the centre of the Indo- Pacific basin that which is one of the richest marine habitats in the world and that explains the rich beauty it reveals along its underwater explorations making therefore a diving site so exquisitely enticing.

Beach tourism apart, Borneo makes also for a case in travel when it comes to exploring the oddly intriguing world of caves. With significant cave systems in place, in fact quite a few with distinctions no less prominent than what Borneo itself resides in, this indeed is not your ‘usual’ islandic jaunt. Be it the Sarawak Chamber which is the largest known cave chamber in the world or the Clearwater Cave System believed to be one of the largest interconnected cave systems in the world as well one of the longest caves, Borneo is equally ‘dignified’ a tourism prospect in its confines of the caves. Interestingly, the biodiverse predominance of Borneo extends also to its expanse of these caves like the Deer Cave that is home to over three million bats or the Gomantong Caves infested with millions of cockroaches, earning it the nickname of the Cockroach Cave. The Gomatong Caves are however significant also in being the home to two varieties of swiftlets and thereby also their nests that make for, assumingly delicious, bird’s nest soup. But not just nature, the caves of Borneo are resplendent also in their ‘artistic’ significance as has transpired in the Indonesian region of it. In the Lubang Jeriji Saléh, a trio of rotund cow-like creatures sketched on the wall at least some 40000 years ago is likely the earliest figurative cave paintings yet found anywhere on earth.

For a landscape marked so much by an assortment of diverse elements, Borneo tend to be no less diverse in the cultural spectrum of it. Like obviously, as a region administered by three different nations, the cultural expression of Borneo is as diverse as say its wildlife or its mindboggling offering of experiences. Culturally distinct indigenous groups of people come together in Borneo to shape up an identity that defines the estimated 18 million population of the island. Comprising of non-Muslim Dayaks and Islamic Malays, as well as Chinese and Europeans who speak some 170 different languages and dialects, the Borneons each have maintained their ancient customs and traditions, thriving together as a race of people who have been managing their long held treasure of the forests in sustainable ways and therefore being holding pride in the region’s exemplarily rich and unique biodiversity. Finding translation also in the realm of food in Borneo is such diversity that blesses the taste buds of all with influences from each of the three areas of governance. From the Sarawak take on Laksa to the bird’s nest soup as mentioned earlier, traditional savoury fish cracker snacks called amplang or the layered cake Kek Lapis Sarawak, a species of wild mango called Bambangan or the fine and fragrant, sweet and soft variant of Bario rice- Borneo really is the culmination of a wide many different flavours in its culinary expression. In resonating with the variety of its natural endowments that what makes it one of the globally unique biodiversity hotspots, the people of Borneo indeed are every bit as intriguing as the many facets of diversity that make up this vast variegated islandic region somewhere in southeast Asia. 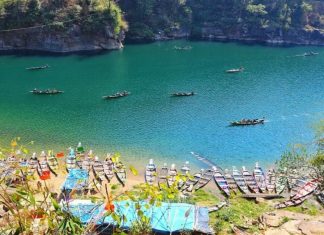 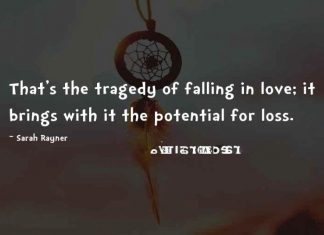 Because loving is too mainstream… how about we #unlove?