Mysterious are the many ways of the natural world, manifesting its myriad marvels in manifold exemplification of magical plays of the mystical. Places are rendered surreal in their existence, destinations made intriguing through such permeating of peculiar phenomena that abound in all amazement. From gravity defying landscapes that go wayward beyond all the earthly forces to places that possess such inexplicable powers that makes them appear and disappear at their own whims and fancies, the wonder world captives with them all. And the particular mode of eccentricity that has managed to hold us spellbound for yet another of the umpteenth times is one such captivating play of hide and seek that occurs somewhere along the very expanse of this incredible land called India.

In the Balaspore district of Odisha in India, there dwells a beach along the shore of the Bay of Bengal that indeed is very much as unique as every other stretch of land that lines the seas and the oceans. Gorgeous in the sprawling stretch of its golden sands that dot the pristine waters along which it meanders its pretty way about, graced by the lush verdant vegetation characteristic of its coastal prominence among which the tall Casuarina trees standout in their rhythmic moves to the coaxing whispers of the gentle breeze even as a spectacular array of life pertaining to the biodiverse lend it its own allure of specific magnificence, with also silvery sand dunes weaving another tapestry of their own striking expression, the Chandipur beach is one of Odisha’s well kept secret even in all its notability. A small area of sandy prettiness that is a coming together of all such elements that have forever made beaches the natural topology so marvelled at and so bowled over by both in the charm of its beauty and the allure of its romance, this particular sea facing expanse of land in the state of Odisha is also as much of a marvel in appearance. Even exciting is the scope of the beach combing activity that plays out on the face of this Chandipur promenade, helped indeed by its rich biodiversity of crawling crabs and exquisite sea shells, pearls and stones, fishes and birds that though is a stemming more phenomenal of a feature very unique and as exclusive to this particular place of abundance on earth.

What works to make the Chandipur beach more glittering the length of natural endowment that it already rests in, in all beachy splendor of the spectacular many sunrises and sunsets or as the trail furthering long, romantic walks along its playful sands, is a certain celestial occurrence that bathes it in a light uncharacteristic of any other beach in the world. Ingrained in its very eminent identity as being the hide and seek beach is the allure in which the Chandipur beach presents an intriguing dimension of its existence. Twice every day along the rims of the beach the sea disappears completely, at least in illusionary comprehension of this uniquety, only to reappear moments thereafter making for a phenomenon of such mystics to unravel within the ambits of the Indian state host already to some of the most encapsulating of the country’s surreal wonders, in geographical, historical, cultural as well as heritage manifestations of it. In a secluded small town of Chandipur in Odisha, this namesake beach offers ample ambit for the natural world to exercise one among its many pursuits in mysterious curiosity, this time through such plays of the position of the moon that has always been linked to the occurrence of tides across all seas of the globe.

Every day during the cycle of its low tides, the sea water recedes upto a very significant 5 kilometers laying bare therefore that length of the sea in stark vision. But beyond the jaw dropping aesthetics of it that comes alive in all that exposed ridge of the sea bed lies also the charm in a prospect that has forever held transfixed the soulful fantasies of the humankind. During those particular couple of times in the day when this stunning phenomena asserts itself in all awe inspiring gaze and confoundity, it even is possible to walk over the very stretch where the sea waters would return to reclaim its sparkling flow of life, making therefore manifest as reality that metaphor of a walk upon the very sea in as grand and unreal a proposition of its certain probability! Surreal, spectacular and special therefore in all its conjuring of the fantasy perceivable to the senses is this changing nature of the sea along which the Chandipur beach sits in calmness and stirs all curiosity, rounding up a remarkably matchless experience that one would need to be sufficiently blessed enough to be entitled to. And yet, this whole sight of the sea receding and allowing one a walk upon its cherished territory in very fairytalesque a manner of fantasy is not the only beauty of this particular beach dazzling in the aura of its as exclusive biodiversity as well.

The ebb tides see the sea waters recede and they return for sure during times of the high tides, bringing once again the sea to life and along with its own bringing also a host of sea treasures ranging from horseshoe crabs and red crabs to sea shells and oysters or even sea horses and turtles, that otherwise live further off from the beach. Seeking out therefore the periodically unclaimed part of the sea is not the only marvel awaiting one at the Chandipur beach. Equally majestic is the prospect of scouring the washed away sea bed of such treasures that entice and fascinate all, whether it be in indulging in that curiously gratifying act of picking up a sea shell from the beach or in marvelling simply at the many a crabs adorably crawling in an exquisite display of the beauty that lives and thrives in every nook and cranny of the natural world.

The phenomenon of the sea receding and emerging every now and then in very certainty is indeed what has made the Chandipur beach a natural wonder unlike any other in the world. Bestowing also upon it the significant trove of the marine life it possesses is also this working of the intriguing miracle that is what has held it in prominence, in its fame as a tourist hotspot as well as in its identity of the vanishing sea beach. But even beyond this distinction, this surreptitiously evident play of the moon upon the sea inducing the ebb and flow of the tides to extreme extents indeed capable of reducing considerable sections of an entity as boundless as the sea itself drenches also the Chandipur sea bed in a kaleidoscope of colours, all encompassing of the universally blue prominence of the waters in different shades and tinges of its gradient. The difference in water levels across the seabed, brought about by as unique a slope of it, manifests in very dramatic assertions of the beauty that the myriad shades of blues bring upon it, lending yet another layer of diversity spectacular to this landscape already characterised by some of the most fascinating happenings of the natural world.

Of such enormous magic of which the Chandipur beach emerges, it is no wonder that this place has emerged to be a tourist destination in its own might. Of such routine occurrence is the ebb and flow of its tides that is what brings to the fore its identifying attributes in full flourish that locals are well versed with even the timings of such natural recurrences. On days however when the full moon and the new moon makes its appearance, the height of the tides can rise to extreme enough levels necessitating the need to exercise caution particularly by the hordes of intrigued visitors who flock the truly spectacular beach to view it in all its glory. But it is not just the physicality of the beach that makes for a landscape guarding in its glittering shoreline a host of the most fascinating open secrets of the natural world. This very assertive feature of the sea vanishing at least a couple of times every day makes also for as profound a feature that you would bump across in the map of Odisha where the beach at times cease to exist as well.

Even in its more enticing reputation though as being the only of its kind in the world, it is somewhat perplexing that the golden Chandipur beach still remains relatively tranquil and unexplored. Idyllic beyond measure in its appearance, irrespective of whether or not the curious cajoling of the waters by the enchanting mischiefs of the moon present itself at that time in existence, is this particular beach that however might draw some parallel with the as extraordinary phenomenon of the parting of the Jindo sea waters in South Korea. Much like the Jindo Sea Festival therefore, this particular exhilarating experience in Odisha sums up also the Golden Beach Festival that is an annual occurrence here. Spread over four days sometime every winter, this cultural extravaganza offers even more exemplary a number of reasons to make Chandipur beach a must visit place in the eastern Indian state of Odisha, otherwise more known for its hugely popular Puri Beach, incidentally known also as the Golden Beach.

The Hide and Seek beach though is definitely more offbeat, indeed in the natural surreality of what essentially makes it up but also in another exploration as exclusive to it. A portion of the already standout enough Chandipur Beach serves also as a missile launching site, wherefrom a number of India’s missile might have taken wings. As the Integrated Test Range of the Indian Army under the Defense Research and Development Organisation (DRDO), a number of ballistic missiles including the Akash, Shaurya, Agni and Prithvi missiles have been launched from here. Remarkable therefore in altogether different natures of what makes it distinctive is the alluring beyond the worldly escapade into divine amazement is the Chandipur Beach that offers a mix of beauty and resilience to chance upon and be starstruck at. In its gentle waves that result still in one of the most phenomenal of natural diversities and in its strategic importance that nurtures a dream of the India it exemplifies already with its very presence is the really alluring expanse of what the Chandipur beach shapes up as an unparalleled rendition of extraordinary finery. 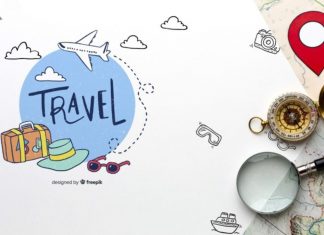 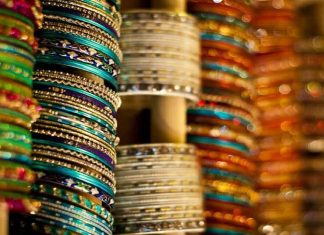 Jingling along to the melody of the bangles