The precious endowment that life is, it indeed is worthwhile to dwell in an existence that is contented and carefree. A good life calls for a spirited, high quality living with access to optimal resources at prices that count reasonably well for your being. Because it’s no joy living a life that remains constantly marred by concerns of burgeoning expenses and accelerated costs, it’s a different nirvana altogether to live in places that are cheap yet endowing. The largely liberal country that India is, it is no wonder that there abound places in here that offer the best value for life at nominal expense. Here are some of such cheapest cities in India to live the best life, that too on a budget-

The least expensive of most cities in the world, Thiruvanthapuram counts largely on its affordability to be among one of the places in the world to live on a budget. The capital of the Godly state of Kerala, Thiruvanthapuram is not just the cheapest but also the best city to live in India. Its low cost living that comes also with its reputation of being the Evergreen City of India makes it no less than a heaven for people who are looking for a fruitful, contented existence.

Ample natural beauty characterise this city built on the hills by the sea shore, delightfully nestled between the picturesque expanse of the Western Ghats and the splendor of the Arabian Sea. A major IT hub that draws upon Kerala’s presence as a highly literate state, Thiruvanthapuram’s natural abundance of beaches and hills as well as historical sites and temples makes the city an all encompassing abode of wonderfulness.

When it comes to living a life that’s high on zest but super low on the costs, then Kolkata is the ultimate place to be in. The City of Joy that it is, there is no aspect about this Indian city that will not leave you utterly delighted. Be it a load of frolic and fun, platters of the most delectable sweets, amazing street food, uber cheap clothes and of course one of the cheapest existence you can ever think of dwelling in, Kolkata is a city that will beckon you every time you think of India as your abode.

The cultural capital of India, Kolkata is vibrant and lively and resides in its old world charm of contentment that perhaps explain the surprisingly low cost ambit of its living experience. The trams operating seamlessly across the length and breadth of the city makes transportation quite affordable. Additionally, commodities and shopping come relatively easy in this part of the country. True, the city might not exactly be the hub that will guarantee you a high profile career but if quality of life is what seeks to determine your aspirations then this east Indian city definitely is the best place for you. With a balanced mix of traditional heritage and modern lifestyle, there are few places on earth that comes close to offering what Kolkata does at such an affordable rate.

South India’s buzzing social capital, that is known for its vibrant and welcoming nature, Chennai ranks high on being among the cheapest cities in India while also being the safest city in the country. South India’s famed coastal beauty apart, Chennai’s humid weather and congested life seems to set off most people. However, if cost of living indicators are taken into consideration, Chennai is by far among the most affordable of places to live in India.

Temples and churches, beaches and sea wonders abound in this city which has time and again reiterated its reputation as being also a preferred tourist destination. And with its culturally rich and economically sound diversity, this place in Tamil Nadu definitely checks the list as being the best city to live in India. It’s indeed surprising how, even as a metropolitan city, Chennai goes relatively easy on the costs to emerge as a place that awes as much with its affordability as it does with its beauty.

The capital of the Indian state of Odisha, Bhubaneswar hardly puts a foot wrong when it comes to being a really affordable place to live in. A temple city, this place in eastern India in fact ranks among the world’s most inexpensive cities to live in. With ample historical and pilgrimage sites in tow, Bhubaneswar is also a tourist hub. But in spite of its teeming presence and high rank up the average man’s preference radar, the city remains low cost and therefore an effective of the cheapest dwellings in India. What’s more, the city is also a booming hub of start ups and is easily one of the fastest growing centers in the country. Coupled with really cost effective living, this rapidly emerging city is also among the places in the country that can be touted as being among the next big in numerous spheres.

A city famed as the City of Pearls does not sound like a place that can claim to be the cheapest city in India. Yet the IT hotspot of the country Hyderabad sure aces affordable living even in its hi- tech reputation so well that you won’t need a second though if ever you need to relocate to this southern India city.

Steeped also in history as much it is in modernity, the erstwhile city of the Nizams also boasts of more than few reasons to have you flocking to this booming haven of growth. Whether it be the iconic Hyderabadi biryani inviting you in for a sumptuous treat or the many tech companies that augur well for a bright career, the charm of the Charminar or the buzz of its metro vibe, Hyderabad does not disappoint folks who want to live a life unparalleled that too at expenses that don’t suck the life out of you!

The charms of Mumbai that comes also with the ease of sustainable living, Indore instantly gains favor as the cheapest city in India. Known as mini Mumbai because of the very similar styles of life and living, Indore however dwells in its own laid back aura even in its prominently metropolitan way of existence. Even in being the commercial capital of Madhya Pradesh, and also the largest metropolitan city in central India, Indore stays true to its reputation of being one of the most livable cities of India. Whether you take into consideration its cleanliness or its safety standards, its diverse cultural scene or its amazing culinary offerings, Indore is a haven for comfortable living and convenient existence. A low cost of living that grants you also the best of lifestyle, there’s indeed no beating Indore when it comes to living the good life!

Mangalore is another southern city that is fairly inexpensive to live in, that too in close connect with amazing natural beauty. Located in Karnataka between the Western Ghats and the Arabian Sea, the port city sits resplendent in its laidback coastal vibes and idyllic presence to make even your every day living experience a easy breezy affair. Calm yet cheery, there’s every reason for this enticing land hailed as the Rome of the East to make for an amazing place to live in. Be it its array of beauty, the reputation as a business center, its many manifestations of history and architecture, it’s indeed a delight that Mangalore counts as being also the cheapest city in India. A high quality life at expenses that come surprisingly low and also its allure as being the Ice Cream Capital of India, Mangalore sure is worth every wonder that graces it.

The Gujarati city of Vadodara comes also quite easy on the pocket when it caters to a convenient living experience. An industrial city that is famous for its textiles and handicrafts as well as an educational and cultural hub, the populous city retains its simple living charm and its dwelling in heritage and history and still remains one of the cheapest places you can live in India even in its buzzing presence.

Forever enamoring as the Pink City of India, Jaipur comes as quite a bit of surprise with its cheapest presence among the lot of places in the country. The capital of the royal state of Rajasthan and a UNESCO World Heritage Site, Jaipur is definitely a feature on this list of India’s cheapest that is laudable for more reasons than one. A forever tourist favorite, Jaipur is known for its rich heritage and culture as well as being one of the first among planned cities of India. Elegant and opulent in its every confine and besotted with beauty and magnificence, Jaipur also caters relatively easy to tourists and locals alike with its low costs of living as well as its ease and convenience in accessibility. Totally the place to be in with such perks of very affordable living plus the magnificence! 84 hilarious Ryan Reynolds tweets which makes him the King of... 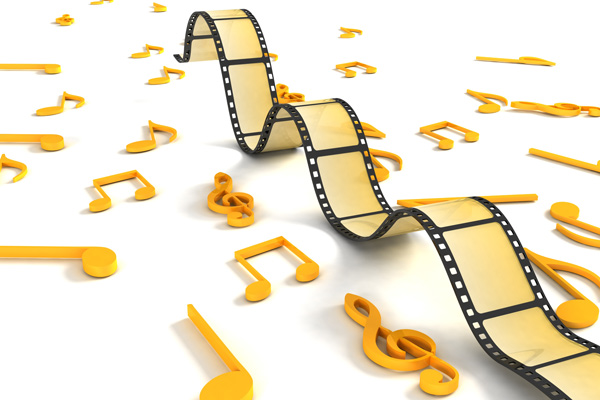 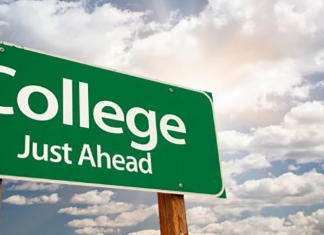