INNFINITY
Home Travel Cool by the dozen: from Time Out’s list of the world’s coolest... The route along which cities establish their basis, the lanes through which towns eke out their being, the strips of land narrowly scripting paths for many a villages to embark upon- streets indeed are what has helped human further their journey in living, literally as well as otherwise. Which is why perhaps assigning attributes to these avenues harbouring a scope immense of life speaks so surely of a something that resonates as remarkable and reveals as relevant. From scary to thrilling, from picturesque to offbeat, from historic to distinctive, streets of the world have been everything they have wanted to be. And much like the modern day human, streets have ‘evolved’ to be cool as well, so much so that they have even commanded Time Out’s fancy to have to themselves an exclusive list of the coolest among them. Tripping through this trail of 2022’s hippest best-

A street iconic already in its naming after someone known to have defeated Napoleon Bonaparte in the Battle of Waterloo, Canada’s housing of the Wellington street in its city of Montreal has always been cool indeed an existence itself. But while the 1st Duke of Wellington and two time British prime minister Arthur Wellesley might have been the man behind this assertion of identity, the Rue Wellington’s present day coolness is largely derived out of its foodie prominence. Dotted by bars and pubs and cafes and restaurants, the Promenade Wellington just about sums up Mexico’s fame as a city profound in its gastronomic sensibilities. Picturesque, touristry and definitely buzzing, Rue Wellington lives up to its hype indeed of being the coolest street to strut about in the world.

The Little Hollywood of Australia’s capital city of Melbourne, Gertrude Street speaks of a trail upon which is embedded the very history of the entire suburb of Fitzroy along which it runs. Unassuming but capable still of springing up a surprise or two- which it did in fact with its second placing on the TimeOut list quietly beating out the more boisterous Smith Street that had been 2021’s top coolest in the same capacity- this makes for a strip of beauty bursting with the profusion of its artistic flaunts, whether it be its many boutiques and art galleries or its bars and restaurants. Really creative a zone in cultural cognisance of its continuing residing in the classic kind of charm, Gertrude Street makes for a fresh entry indeed- both in terms of its unheralded coolness in physicality as well as in the characteristic essence of it.

The boulevard identity of Glasgow’s historic western approach road is undoubtedly what lends it a prettiness that bears all potential to assert also as ‘cool’ in all literal meaning of it. But beyond its trees, this merely some miles long stretch of what emerges out of the famed A82 road of Scotland rests also in the assertion of its many a defining features to span out indeed as a path offbeat. Straight along its entire tree lined run, this haven replete with some of the finest specimens of Victorian architecture and imposing structures of terraced villas though today buzzes in a vibe quite hip and happening to come across as a mix in cosmopolitan coolness.

Stemming exclusively out of its culinary identity is Taipei’s really cool lane of extensive fame, the Yongkang street that happens to be a maverick of myriad mealy musings. Whether it be gourmet dishes or traditional preparations, delectable desserts or sumptuous snacks served at cafes and teahouses or upscale restaurants and specialty diners, Yongkang Street sizzles in its medley of flavours as well as in its servings of ceremony. Food apart, it also is the appeal of the artisan that has come to unfurl along its vibrant but easy still expanse, assuming thus a character that is exciting and pleasant and fun and relaxing all together.

French enough in its vibe to command the sobriquet of Little Paris, Denmark’s capital of Copenhagen dwelling in the cosiness of the Værnedamsvej makes for an experience of all things exuberant with the pleasures of life. A lively shopping street, small but spirited in its pretty and fashionable donning of the Paris charm but also as genuine a ‘destination’ to scout out everything from wines and cheeses to the ambience conjured up by elements of design and decor, this is an extension of life and living indeed that has also other couple some intriguing strands weaved into its cool identity. Linking the streets of Vesterbro and Frederiksberg assuming hence a split neighborhood identity, Værnedamsvej also rests in the quirk of alluding to different municipalities with residents along one of its sides paying more taxes than those on the other! Quite a cool conundrum to deal with for sure.

A road so cool that goes by the singular assertion of the K identity, New Zealand’s Aucklander reputation of Karangahape is one meant to dwell in its own definite dimension. One of the city’s cultural centres at present residing in uniqueties galore whether of its Bohemian cafes or of its spectacular art and music scene, or of its op shops and art galleries while being prominent also in its encompassing of the LGBT community, Krangahape Road perhaps is the most singularly diverse mention in Time Out’s list and one therefore that represents by itself a whole world of ‘K’ool!

One of those streets snaking its way out from the fascinating fringes of history, Hong Kong’s Tai Ping Shan Street is already the coolest little street in its Sheung Wan region and now that it has gone on to capture global attention as being also one of the coolest ways to go around, the history of its own sure has come to live in a different capacity. Modern day cafes and shops and eateries coexist alongside traditional buildings and since long existing temples and structures in this heritage assertion of the Hong Kong identity making for a dynamic destination worth exploring in all its famed existence.

Winding through the famed Chinatown neighborhood of Bangkok, the Yaowarat road is once again one of those iconic streets with food as the claim to fame. Curving its way like a dragon’s body earning thus the name Dragon Road and relying upon it to also take the assertion of Golden Road, the road also is one historic enough existing through the entire duration that Bangkok has lived through and as such has been home to be a number of distinctions throughout its life. Such eccentricities are already curations cool enough for Yaowarat Road to have gained eminence. Throw in also a mix of new age restaurants and curious seeming galleries and there you have it- an eclectic conjuring of a continuing cultural phenomenon more than hot in its uber coolness.

Once a narrow side street which today is one among the more famous ones in Berlin, the Oranienstrasse draws upon the vibrant essence of the Kreuzberg area through which it runs to breathe in an air perked up with the hearty spirit of life. From small boutiques and book stores and record shops and museums to uncountable eateries and pubs and bars, this strip of abundant color is replete also with everything that appeases each of the senses making for a really cool ‘trip’ to take in this yet again captivating trail of history.

A street that has lent an entire neighborhood its name- Hayes Street sure is cool of a kind that one can only aspire to be. Exciting an alley bustling in different renditions of its character, living up indeed to its locational advantage of characterising the trendy San Franciscan neighborhood of Hayes Valley, this is a haven of all indulgences that one would seek out in their living of the good life- shopping, dining, vibing et al. Even otherwise, the quirks of Hayes Street is all it takes for one to take an instant fancy to this street making its way through and around charms galore.

Why Amsterdam when it is not even in the Netherlands might itself be a cool curiosity to satiate. But the distinctiveness of Mexico City’s Avenida Ámsterdam transcends the alluding to it to emerge as even more authentic a jaunt in coolness. Dramatic in its elliptical shape resembling a horse track from which it also takes it name and noted in its flaunting of Art Deco architecture even as contemporary influences of the sort that connotes the happening spectrum in nightlife and gastronomy as well as in fashion and design, the never ending enigma of this tree lined avenue is such that defines it rather prominently as one making for a spectacularly cool round up.

For one of the world’s oldest cities and surely one of the most alluring as well it is only fitting that there should be a route of its journeying so extraordinary that claims also the distinction of the cool accord. And Athens sure does, this city of so much historic flamboyance continuing into the modern day exploring its imbued essence of distinction through the Kolokotroni Street. Taking after one of the Greek war of independence’s main heroes, Theodoros Kolokotronis, this then revered now resplendent avenue laden with attractions of neoclassical architecture and newer aesthetics deliver an ambience that is striking and classy, yet redolent in a vintage vibe. Considered the ‘hipster central’ of today’s Athens, Kolokotroni is so much indeed a street to soak in the variegated essences of. Sara Ali Khan lights up ‘Koffee with Karan’ on debut with... 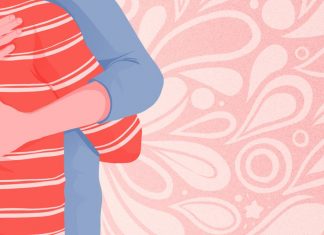