INNFINITY
Home Travel Tripping into the terrains of tranquility in Daringbadi, the Kashmir of Odisha The wonder of nature that India as a country is, it is no surprise that each of the states and union territories that shape the landscape and make up her identity have all been equal amalgamations of fascinating diversity with of course the common thread of unity binding them all. From the sparkling waters of the coastal glory that the southern states embody to the magical mirage of glittering beauty characterising the northernmost part of the country, traversing miles of eastern territory sequined in swards and fluent in foilage to arriving at heaps of shining sands and unending unconventionalities of food and cuisine, India is a diverse a nation as it can get. But even in its diversity and the unity through which it glides, the country harbours quite a few aberrations that however only sums up the beauty of its benevolent natural bestowings.

So while that might mean setting out to astonishingly explore lesser known World Heritage Sites or plunging in all in the many paragliding avenues it offers, there also dwells such beckonings that seem quite out of place. That does not however discount even a bit of the bountiful beauty these surprising places seat radiant in with all aplomb. And while any mention of offbeat, lesser explored places of India conjures up in mind a lush image of the serene north eastern region, there are also exists equally unique destinations in the Indian mainland that can catch you off guard with their diversive dimension. And one such place in India that will definitely be a world of wonder to unravel in all its picture perfect prettiness is Daringbadi.

What makes this place in Odisha instantly endearing to nature lovers and tourist is its peculiar distinction. As the only region in the eastern Indian state that receives snowfall, Daringbadi will delight you to no end. Just imagine, vistas of gorgeous greenery lacquered in thin sheets of snow within a state that gets as hot as it can! As a hill station, Daringbadi offers all it can it terms of its picturesque expanse and pleasant ambience. So much so that in all its charm and cheer, the place has even come to be known as the ‘Kashmir of Odisha’. With an epithet so coveted, Daringbadi does offer you all the reasons to go tripping in its luxuriant threshold of natural abundance at least once in your lifetime.

In its definite enigma as a hill station, Daringbadi is very much an envelope of treasures lesser encountered in this part of the country. Refreshing greens, hazy mists, splendid scenery, cool climes- this popular tourist destination is a gem. Situated at a height of 3000 feet, this verdant region is surrounded by the lush green hills of Phulbani on one side. In Odisha’s Kandhmal district, Daringbadi sits pretty not just in the carousel of its greens and the pleasantries of its appeal. The region is as much of a haven in its pine forests and coffee plantations, not to mention its many waterfalls and rivers and of course its simplistic tribal population.

Named after a British officer Daring sahab who was in charge of the place, it however would not be entirely correct to celebrate the beauty of Daringbadi as one that allures with its snowy expanse. Rather it is the ammil or the layer of frost and ice that covers the grass and the greens and makes it sparkle as if it were snow. However, even with or without some real snowflakes settling on its misty meadows and vibrant valleys, Daringbadi is no less magical a place to lose yourselves in. In its quaint charm and luxuriant beauty, this hill station in Odisha is an equal wonder you would end up raving about.

While the vibe of Daringbadi is such that you can just view away its spectacular beauty or seek comfort in its misty air and dewy embrace for days on end, whether it be during the mystic magic of the monsoons or in the wonder working of the wintry days, the place itself is host to numerous other attractions. Whether that be the Daringbadi waterfall, the Hill View Point, the Lover’s Point and a host of aromatic coffee plantations and organic turmeric gardens and of course its dense forests and laidback way of life, there’s always so much more to explore in Daringbadi.

The first and foremost tourist attraction in Daringbadi is its namesake waterfall, also popular as the Midubanda falls. Surrounded by the dense pine forests, this spot finds favor also with picknickers who prefer the ambience and beauty of its cascading water stream. With a fleet of stairs descending down the waterfall, the pool created sees a crowd of people who prefer to take a dip in the cooling mountain waters. Scenic, beautiful and calming, like most waterfalls in India are, the Daringbadi waterfall is a definite marker of this place- both in its beauty and in identity.

Another watery expanse that criss crosses its majestic way through the expanse of a scenic Daringbadi is the equally scenic Doluri river. Originating from the forest slopes, the river serves as a pretty trekking route as well. Flowing calmly across rocks and accommodating also a series of smaller waterfalls, this sightly manifestation in the confines of a land as majestic in its beauty sure is a treat to devour for the soul and the senses.

Like any other hill station on earth, Daringbadi is magically set apart by its psithurism of the pines. As soon as you set foot in this magical abode of surreal splendor in a land characterised otherwise by the sea, sands and the sun, the mysticism of a dense growth of pine trees will take you aback with its otherworldy magic. Rising tall and green from the rich red soils of the hills, this entire canopy of dark lure will do to your senses what not even the most exuberant hues can. In discovering the dark enchantment of the pines, Daringbadi helps you to discover your inner peace and calm.

And why just the pines, this quaint little hill station has another plethora of greens to rouse and excite your soul. Be it the aromatic aura of the coffee plantations or the zingy zest of its many spice gardens, Daringbadi is not your usual hill station. Already unique in its seating in the coastal land of Odisha, this discovery of divinity is replete in all the entrenches of nature. From soothing greens to arousing ones, from the deepest of shades to the most subtle ones, green is always a profusion of glory and never an envy while in Daringbadi. With also mahua trees blooming in wild abundance, you finally gain a sense of the intoxication that a mere tryst with Daringbadi is enough to have you craving for.

The most popular vantage pint in Daringbadi, from where you can take in the ample beauty of the place in a realisation quite distinctive is the Hill View Point. Whether you are an avid trekker or a pure nature enthusiast, the ascent up this vantage point will reward you with such sights and experiences that will make your Daringbadi trip all the more worthwhile. For panoramic sunrises and romantic sunsets or for simply a magnificent all round view of the pristine place called Daringbadi, a visit to Hill View Point is a must.

While at the Hill View Point, make it also a point to explore the Hill View Nature Park and the Butterfly Park. In its glorious garden of fragrant flowers and fluttering butterflies, the park surely provides another enchanting dimension to Daringbadi. Visiting a hill station for its cool candour and immersing instead in the exuberant spirit of nature, Daringbadi will delight you in more ways than you can envision.

There’s another place in Daringbadi with the ‘Point’ suffix that is a prime tourist attraction. Known as Lover’s Point, this rocky facade with the waters streaming past in all its gurgling fantasy and quiet tranquility is truly one of the places that will make you fall in love. A very calm, silent spot where you can just sit down and watch the river as it makes its way past the grey of the rocks amidst the green of the terrains, Lover’s Point is a different beauty altogether. Even in being very uncharacteristic of a hill station, Lover’s Point will actually make you feel all the more grateful for stumbling upon the elusive gem called Daringbadi.

A tribal hinterland and one that smells of the rustic essence of nature in its simplistic way to life, Daringbadi is but a serene hamlet. Picturesque to perfection, calming to a point that is almost riveting and all the more special in its variegated claim to touristry fame, this is a place emerging from the land of beaches and temples in a manner so redolent of the misty musing of snowy precincts that has led it to be eulogised in stature to the extant heaven on earth that is Kashmir. Indeed in its spectacular indulgent facade of the charms and chills, Daringbadi is as dreamy as any earthy place can possibly be. 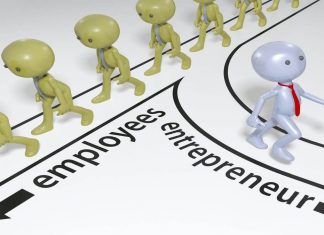