Forever enchanted by the allure resting in the whistling winds of the verdant hills, the mystery of the pristine snow caped mountains, the glorious sands of exotic beaches, the exciting prospects for us to discover in the depths of the waters and the flights of fancy soaring high in the horizons of the sky, the wanderlusting spirit in us seldom can dare to dream about things beyond the ordinary. So spellbound we are by the beauty of the world in its vibrancy and many colors that we tend to forget at times that not everything azure is dead and not everything that glitters is gold.

In spite of the unfancied, dreary spelling expanses that the mere mention of deserts whips up a sight for us, these natural landscapes are a repository of a glory of their own kind. And contrary to popular perception, not everything about deserts needs to be dull and drab and dusty. There can be arid or coastal deserts, hot or cold ones, even polar or tropical and subtropical deserts. And yet, even within such a majestic range at hand, deserts are not lauded in the same breath as other topographical entities.

India is home to quite some desertous regions- mainly spread across three major encompassments. And no matter how apprehensive you might be about a desert pick for your next travel sojourn, you should still give these lesser favoured places a chance. Because deserts are not only all about the browns and the barrens, they are also carnival hotspots, ecologically distinctive landscapes, adventure escapades, cool havens and of course stunning specimens of synchronatically sizzling and freezing experiences. Let’s explore the major deserts of India and their encompassments therein so that your next travel experience would be anything but ordinary!

The Great Indian Desert is also the most widely populated in the world. Encompassing a major expanse that spans not just India but also its neighbor Pakistan, the Thar Desert is a subtropical region covering an area of 200,000 km2 across the two countries. The Indian state of Rajasthan is the most prominent harbourer of the Thar even when it extends also to some parts of Gujarat, Sindh, Punjab and Haryana.

One of the largest cities of Rajasthan and prominently asserting its ‘affiliation’ to the Thar desert is the blue city of Jodhpur. Known also as the Gateway to Thar, Jodhpur comes also with the characteristic sand ridges dotting the entire Thar and inhibits its dry, arid climate. Camel treks and safaris make for a stunning way to explore the desert life in this city which comes resplendent in all the charms and hues of the royal state as well as the extreme fluctuations of the desert identity.

We likely wouldn’t envision a desert without camels because forever we have been made to be enticed with those humped beasts able to make their way without food and water for days at a time as the ultimate ship of the desert. And the Rajasthani city of Bikaner, famous as the Camel Country, definitely therefore features in our list of magnificent deserts in India. Host to the International Camel Festival that takes place every year in January, Bikaner is also perfectly encompassing of desert characteristics when it comes to witnessing weather extremes. Ancient palaces, weathered forts, exquisite temples make for an exemplary tourist haven, beset against the majestic sand dunes and the many distinctive influences of the desert identity.

The Golden City of India as it is popular as, Jaisalmer lies at the heart of The Great Indian Desert, the Thar. In fact it is the many golden dunes that characterise its expanse as well as the the yellow sandstone prominently inhibiting the town all through that have let Jaisalmer be christened as the Golden City. Lying close to the Indo- Pakistan border, the desert of Jaisalmer is best explored through a camel safari even when the Desert Festival here is one of the most popular of cultural festivals in Rajasthan. Even otherwise, there are more than a few places that you need to explore while in Jaisalmer. Of course, you cannot absolutely miss the Jaisalmer Fort after which the city got its name and which is also one of the very few living forts in the world.

More renowned as a pilgrimage site and the many temples that nestles within it, the city of Pushkar in Rajasthan is another of the camel countries you will encounter in India. This desert region plays host to the famous Pushkar Camel fair which is also the largest camel fair in the world. Lying on the outskirts of the Thar Desert, Pushkar is marked by the sweeping presence of creeping sands, shifting dunes, erratic weather and hot winds. Of course camel safaris abound in this desert part of the country for you to have a convenient tour of its arid, bumpy landscape. Not to forget how stunning sunsets look from over the sand dunes the camels painstakingly will take you to.

Near the shifting sand dunes of the Thar lies another desert city of Rajasthan. Churu, alongside Jodhpur, is also known as the Gateway to the Thar and has some small limestone hills scattered throughout its sandy expanse. As a desert while Churu experiences extremes of temperature ranging from below freezing point in the winters to over 50 degrees in the summer, the city also experiences what can be a somewhat unique phenomenon. Summer nights in Churu happen to be comparatively cooler than winter days there. A visit to Churu is therefore a must on account of its somewhat diversified topography and climate as also because of the stunning manifestation of its architectural richness.

A secret jewel of Rajasthan is the desert town of Barmer spawning some portions of the Thar Desert. Barmer plays host to the Thar fair which itself should be reason enough for you to set foot in this lesser known region of the country. While Barmer itself is quite a sight to devour in its delightful sand dunes called Mahabar, there also lies a pleasant surprise at hand. Some place away from Barmer lies a salt desert, much like Gujarat’s Rann of Kutch, known locally as the Redana Rann. This can even be interpreted as a mini version of the Rann of Kutch, even being submerged under water during the monsoons just like Gujarat’s distinguished salt marshes.

The White Salt Desert of Kutch

The largest salt desert in India and one that conjures up a vision of pristine whites rather than dampened browns is the Rann of Kutch in the Gujarat state of the country. An island that resembles a tortoise in shape, the Rann of Kutch or the White Desert of India is indeed a sightly vision to witness. Also one of the hottest regions of India with summer temperatures rising to the unbearable 50 degrees celsius and numbers on the other end of the scale falling to such extreme lows, the Rann of Kutch bears both geographic and strategic importance for the country it lies in. The northern boundary of the Greater Rann of Kutch along the west coast of the country forms the International Border between India and Pakistan and therefore remains patrolled heavily by the Indian Army.

Rann means desert in Hindi and this very discernible stretch of salt desert was originally a part of the Arabian Sea before attaining its present status owing to geological morphings. Monsoons however bathes the desert under a whole body of water, thereby making it a breeding ground for exotic species of wildlife.

A visit to this very exclusive terrain in the country would however be incomplete if you do not get to witness the stupendous dancing light phenomenon of the Chir Batti (ghost lights) at night. Equally spellbinding is a wintry night view of the Rann of Kutch when snow covers the entire expanse of the salts that reflects the moon and stars of the twinkling night sky. The three month long yearly Rann Utsav is also a very prominent attraction of the desert every winter- something you ought not to miss to witness this spectacular land in all its life, atypical of any desert.

Stretching from the Union Territory of Ladakh to the state of Himachal Pradesh, the cold desert of India spans the Himalayas and remains beset with harsh climatic conditions in extreme altitudinal settings. The Leh- Kargil area of Ladakh and Spiti valley of Himachal are the most instantly attributable components that make up the Cold Desert.

Literally the middle land between Tibet and India, the Spiti valley is a cold desert mountain valley perched high up in the Himalayas in the state of Himachal Pradesh. One of the coldest places in India, Spiti also counts as a tourists favorite on account of the many stunning landscapes that dot its expanse. Bare brown mountains bereft of much greenery- exactly what you would expect out of a desert- is what characterises Spiti. Interestingly, even as a desert region, Spiti experiences only the extremes of temperature dips as winter range can fall down to -20 degrees. It is its high altitude, mountainous setting- 12,500 feet above sea level, that renders even a desertous Spiti to reside in cooler climes all year through as summer temperature hovers pleasantly at some 15 to 20 degrees celsius.

Another of the cold deserts in India is the unparalleled region of Ladakh- that is a haven for both adventure enthusiasts and beauty seekers. A high altitude desert that is a resultant of the Himalayas creating a rain shadow and thereby leading to low precipitation owing to deterring of the clouds, Ladakh however has quite some rivers flowing through its stunning landscape.

With rainfall as low as a mere 10 cms every year, Ladakh’s desert topography would mean that it is subject to extreme temperatures. However, the high locational nestling means that temperature remains on the cooler side all throughout the year even when winters there are particularly harsh. But in spite of the cold and dryness that does the air of Ladakh, the diversive beauty of the region means that it still remains a place thronged by tourists and is in fact one of those places that feature on every traveler’s bucket list.

Nubra Valley might be a part of the Ladakh region of India but what lets this place a unique desert identity of its own is the 10,000 feet elevated village of Hunder. Hunder or the Desert in the Sky- perhaps a name it owes to its locational setting, is really a very unique place. Perched as an oasis surrounded by cold desert and stark Himalayas in Nubra Valley, Hunder presents a spectacular sight of prettiness in its many silvery sand dunes and equally a sight of majestic presence in its many Bactrian camels. Gently cut by a mountain stream, the Hunder sand dunes span between the remote Hunder and Diskit villages in the Nubra Valley. Breadths of sand ridges make for dominant sights throughout Hunder, lending this desert phenomenon a picturesque appeal of a different kind.

A part of the cold mountain desert of the Trans Himalayas, Sarchu might be lesser known of the deserts of India but this halt point on the Leh- Manali highway still is a part of the cold and arid ecosystem of the country. Located on the boundary between Himachal Pradesh and Ladakh, Sarchu is also known as Sir Bhum Chun and is quite a mesmerising abode in spite of being a desert region. An erstwhile important trading spot along the Silk Route at 4290 meters above the mean sea level, Sarchu definitely is worthy of a once in a lifetime visit for a truly exemplary experience of the uniquely enriching desert life. 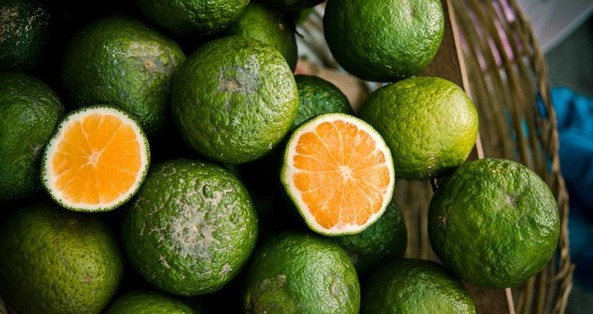