INNFINITY
Home Travel Incredible tourist attractions of times gone by that are now lost because... Blame it on way too much enthusiastic tourists or on the many doom that climate change has befallen the world, but we no longer are proud possessors of some really incredible natural sites. Of course it’s human atrocity more than any other factor that has brought about the downfall of nature and some of its most marvelous attractions. Here’s revisiting 13 such tourist attractions that once stood pretty haughty but now even cease to be a shadow of their glorious self-

A stunning piece of pristine white smoothness, Australia’s famed Wedding Cake Rock still exists but lives on only awaiting a lingering death. As the spectacular landscape became witness to more and more pressure in the form of tourist footfalls and threw up greater threats to life, what emerged is a serious danger to its stability. Unfortunately therefore, the rock remains closed now and will do so until it ultimately dies off.

A majestic rock formation in the state of Oregon, the Duckbill had tourists in fancy because of its very prominent structure nestled among picturesque settings. However human vandalism did pretty sure to wipe out every trance of its beauty in 2016 and what remains now is a rock minus the majesty.

One of the highest glaciers in South America and the world’s highest ski resort, the Chacaltaya Glacier endured 18,000 long years before it started to fizzle out since the 1980s only to succumb completely to global warming attributed snow melt in 2009.

The Pink and White Terraces of Lake Rotomahana, New Zealand

Widely regarded as the eight wonder of the world, New Zealand’s fancied pink and white terraces were wiped out after the 1886 eruption of Mount Tarawera.

Die hard romantics would know the allure Paris’ famous bridge- the Pont des Arts holds for those who believe that fastening love locks around its rails would secure their bond. The intensity of love however got so intense that they weighed down the bridge so much that all locks had to be ultimately taken off. Luckily for the intervention, otherwise iconic love stories of today might have marred this very lovely spot into nothingness.

A 28 meter tall natural arch, the Azure Window used to be a sightly limestone arch that stood high and tall on the island of Gozo in Malta till 2017 when it fell victim to stormy weather that may or may not have been an effect of climate change. We are too saddened by the lost of this picture perfect monument to be sure of how we lost it.

Devastating wildfires claimed also California’s pretty Honey Run Covered Bridge in 2018 in what was the last casualty of the genre. A bridge that really had an old world charm to it, the destruction sure can be attributed to natural forces though there might have been human forces at play.

A natural sandstone park in Utah’s Arches National Park, the Wall Arch used to be a photography hotspot for tourists till 2008 when it collapsed owing to weathering and natural forces.

The Old Man of the Mountain, New Hampshire

Natural forces wore away New Hampshire’s famed Face of the Mountain, a series of five granite cliff ledges, in 2003 as neatly as it had been shaped up in nearly two centuries of existence since 1805.

All’s however not lost with Maya Bay, at least not till now. The famed area in Thailand was popularised by Leonardo di Caprio in his movie, so much so that rampant tourist activity made it endangered and its biodiversity severely threatened. Ultimately, authorities decided to see of touristry activities in the beach for a good four to five years.

A series of intense, plunging waterfalls on the Brazil- Paraguay border, the Guaira falls fell prey to a hydroelectric project and were completely flooded out in 1982 with no any trace of its cascading whiteness.

The Lake Poopo in Bolivia had a revival of sorts when it sprang to life once again after threatening to run dry in 2014 but that was only stalling the inevitable as rampant mining and agriculture finally led the lake to its death in 2016. 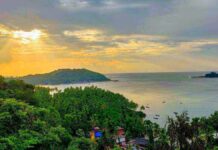 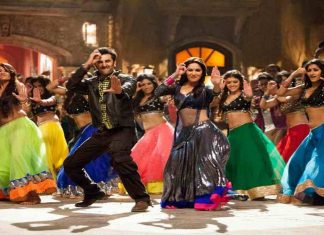 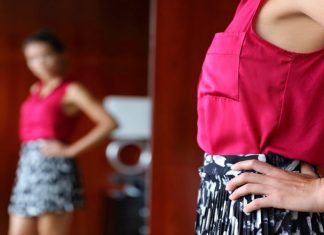 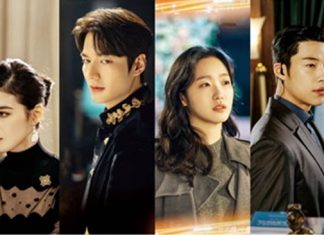