INNFINITY
Home Travel Most dangerous roads in India that are also among the deadliest in... 
Road trips are always interesting but there are some roads that give you the jitters more than the feels. Embarking on any of these calls for nerves of steel which means not everyone can have the luxury of traversing through them. If you are one of those really brave hearts who want to test the extremes, you really need to hit the road with one of the following routes in India that redefine all notions of dangerous-

A series of 21 hairpin bends that lead you to Nakee La, one among the many high altitude passes in India, Gata Loops is indeed a dangerous phenomenon. Along the Leh- Manali driveway, this series of loops comes with really sharp bends that are a challenge to navigate through making it one among the more dangerous roads you could embark on. The physical extremes that the road challenges with you however comes also with a sinister entitlement. There prevails a belief that the Gata Loops remain haunted by a ghost to whom passengers are obliged to make offerings of cigarettes and mineral water. Pair dangerous with spooky and there’s no end to how much these loops sitting at some 17000 feet above sea level will chill you with!

For a place widely chronicled as the Mountain of Death, it is only apt that the road leading upto it should be anything but not dangerous. And that’s exactly what the Kolli Hill Road is know for in its headspinning 70 continuous hairpin bends that travellers need to carefully find their way out and through to arrive at Koli Hill aka the Mountain of Death in Tamil Nadu. The expanse is picturesque no doubt, what with the famed beauty of the Eastern Ghats in tow, and the roads are also a decent stretch to begin with. But there’s no denying the ascending levels of difficulty and the danger that beckons you from every sharp twist and turn of this really demanding route to the hills.

Scenic and exhilarating no doubt with its course along the picturesque north eastern state of Sikkim, but the 3 level zigzag road therein is as dizzying a phenomenon as the breathtaking beauty that surrounds it. With 100 hairpin bends along a stretch of just about 30 kilometers, this road has to be one of the most famous hairpinned roads in the world. With its setting at dizzying heights of some about 11,200 feet, the road comes also with equally dizzying amounts of twists and turns and drops and bends and is guaranteed to make even the most headstrong person start spinning in its precarious tracks. No wonder a drive along this road demands special permits allowed only after proper medical checks. Located near the small village of Zuluk, the three level zigzag road is as much a masterclass in geometry as it is in terrorised thrill.

One of the most dangerous roads not just in India but in the entire world is the National Highway 22 that runs between the states of Haryana and Himachal Pradesh. Featured in History Channel’s IRT Deadliest Roads series, the unrailed and unpredictable Hindustan- Tibet Road has travelers cutting through a mountain alongside which rests a deep drop of several hundred feet. Spanning some 459 kilometers of expanse, there are narrow bends, sharp twists, treacherous turns, deceptive ditches along its entire length that explain why the National Highway 22 has come to be claimed as among the deadliest and scariest of highways dotting the country. Consider also the poor conditions of the bridges and tunnels along the road that make it alarmingly accident prone and you sure will shudder at some shivers down your spine at the mere though of navigating through it.

One of the most visited temples in India, the Tirupati temple in the state of Andhra Pradesh is accessible by a road that is also one among the most dangerous running through the country. Deep turns and difficult terrains characterise the entire 19 kilometers length of this road that comes with numerous hairpin bends. Inspite of being a very well maintained road, accidents and mishaps are a frequent occurrence along the stretch leading up to the temple making it one among the more dangerous of routes to embark on for your spiritual detour.

At an elevation of 11,575 feet above sea level, the Zoji La Pass is one of the most dangerous of mountain passes you will ever need to navigate through in the entire world. Situated on the National Highway 1 along the Srinagar to Leh route and boasting also the longest road tunnel in Asia, the Zoji La Pass in the union territory of Ladakh is a really treacherous trail that can literally throw you off track in its tumultuous traverse.

A winding road that prepares you for stunning views of the Himalayan ranges in the periphery, what makes navigating through it more daring a task is its narrow confines that are susceptible to sudden landslides in the face of heavy rain. Also in its locational existence in the geographically difficult Ladakh region at an elevation of 3538 meters, the Zoji La Pass comes steeped in a double dose of danger making it one of the vertiginous roads running through the country.

A serpentine path that winds all the way from Neral to the hill station of Matheran in Maharashtra, the Neral- Matheran road is one really steep route that comes also with narrow stretches and hairpin turns. While it is otherwise a smooth, asphalted path, it is the narrow width and unrailed stretches of the road that make it an uphill task to maneuver. Not to forget the steepness and the slippery mode it gets into come the rains and it’s easy to see why this counts among the most dangerous roads in India.

From the eastern extremity of the Kishtwar district in Jammu winds as extreme a road that is a really difficult route to tackle. The Kishtwar- Killar road is narrow and stands there for some good 114 kilometers sans any rail to guard you from a probable vertical drop of a massive 600 meters. Sharp turns dotting the precariously overhanging cliff in settings that speak of a serious scarcity of oxygen characterise this really insane road that is prone also to avalanches and landslides. High on adventure, higher on exhilaration but highest in fear, the Kishtwar to Killar road sure isn’t the path to tread for the faint hearted.

Much like the aptly named (killer) Killar- Kishtwar road in Jammu, there runs also a twin Kishtwar- Kailash road in the Pangi valley of Himachal Pradesh that is a dangerous a treacherous terrain to set out on. Part of the National Highway 26 running along the Chenab river, the road winds up some 8,280 feet above sea level and is very aptly (un)popular as the death trail of India courtesy its precarious nestling and hard to overcome obstacles.

Through the scenic Sangla Valley in Kinnaur district of Himachal Pradesh lies the namesake Kinnaur Road that traverses dangerously along part of the National Highway 22, itself a highly dangerous path to be on. At some 4000 meters above sea level, the Kinnaur road is a cliff-hanging drive through a road cut into hard rock over the Baspa river so deep that it looks almost bottomless. While this itself sounds like too much of a dangerous proposition to lead oneself into, there still are more terrifying aspects to encounter and overcome.

There are overhanging cliffs towering over you, there is the depth of death beckoning you from underneath not to mention jagged mountain edges, blind turns, narrow holes and even narrower expanses. There also is the infamous reputation of the Taranda Dhak (the cliff through which the road is bored) claiming lives after lives even as snowy deluges and regular high altitude hurdles constantly rear their treacherous heads justifying the tag of the most dangerous road being attributed to this Kinnaur- Sangla driveway.

Perched at a height of 15,200 feet above sea level in the mountains of Arunachal Pradesh, the Bum La Pass makes for among the dangerous high mountain roads in India. A steep climb along a road with sharp hairpin turns that does not also boast the best of conditions- you can well imagine what’s on offer for all those adventurous souls daring to venture along this road accessible only through permits. With unpredictable snowstorms and blizzards also common phenomenon, the many dangers that greet travelers along this low oxygen road sure aren’t everyone’s cup of tea to relish.

For a place that literally translates as the ground of corpses, it’s obvious that the ride up there would not be the smoothest of experiences. A 13,058 feet high mountain pass along the Leh- Manali highway, the Rohtang Pass might be a preferred tourist attraction but that simply cannot override just how dangerous this very scenic destination happens to be even in all its pristine appeal. At some 53 kilometers from Manali, the Rohtang Pass traverses the eastern Pir Panjal range of the Himalayas in its snowy stretch that is prone to landslides and road blocks owing to the extreme climatic conditions that characterise this part of the country.

The Manali- Leh highway is one of the most beautiful roads in India that has been celebrated and danced upon. Best explored on a bike, the road is beset with a stunning azure waterline and rendered more gorgeous by the snow clad hill slopes. However, the stretch of 479 kilometers of dirt and gravel isn’t just a wonderful road to take, it also is one of the most dangerous in India.

Spanning the picturesque valleys of Lahaul and Spiti in Himachal Pradesh, the road is a challenge to encounter in its pathetic condition and weather extremities that make it specially prone to landslides. Add to it the insane traffic that you will always encounter here and you know full well that your patience levels will be seriously tested in your every attempt to avert a mishap.

The highest motorable road in the world sitting at some 18,379 feet above sea level, the Khardung la Pass in Ladakh also is one of the most dangerous to travel through. Its elevated positioning aside, the pass also has you skillfully maneuvering its many hairpin bends that dot its slippery unpaved stretch. Needless to say driving at such height with so much danger at bay indeed is a spine chilling experience that can unsettle you to no end.

The third highest motorable road in the world is the Chang La Pass also located in India and being one of the most dangerous in the world. While the high of some 17,590 feet will most likely make you breathless and nauseatic due to an extreme paucity of oxygen, the snow trailed slippery traverse makes a drive along the pass a really daunting experience in itself.

At 13,700 feet above sea level in the difficult terrains of Arunachal Pradesh sits the Sela Pass which also is a fairly dangerous road to embark on. The main hurdle here is the high altitudinal setting that causes nausea and breathing problems even as harsh weather conditions further up the inconvenience faced by travelers along this route. However, the many winds and bends as well as the sharp turns and slippery curves also are factors that lead to this road being among the most dangerous in India. 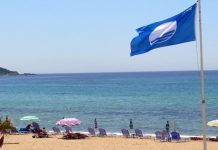 8 Indian beaches that have been Blue Flag certified meaning your travel plans are sorted once the pandemic is over! 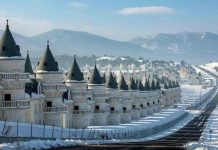 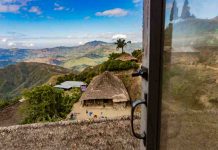 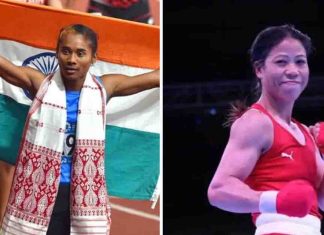 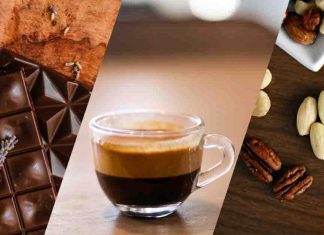 Best fat burning foods that you can try without losing out...