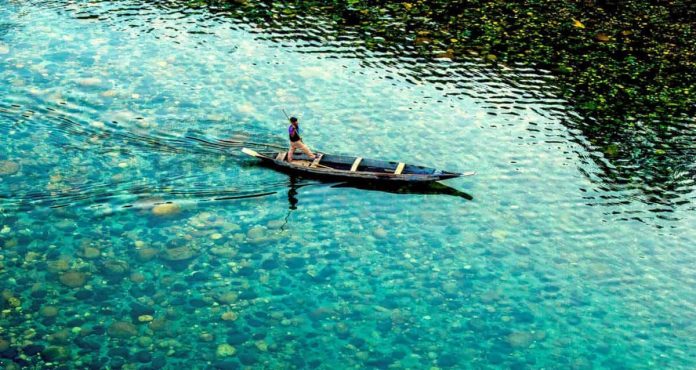 Lakes are among the most beautiful of landscapes that our hearts fancies wildly about. Whether they be among the choiciest of nature’s creations or some delightfully eked out heaven of glory by man’s deft hands, these masses of water are a relaxing abode in which tired souls find their utopia. Rounding up the list of most beautiful natural lakes in India so you know exactly where to amble along the next time your mind craves for a serving of blissful peace-

The most beautiful of all lakes in India has to be the stunning escapade of watery heaven in the state of Kashmir that which holds the most majestic natural beauty in a flowering Dal Lake. Named the Lake of Flowers, Dal lake is one of the prime tourist spots in not just Kashmir but of entire India. In its very endearing name, the Dal lake conjures up images of shikaras laden with a bevy of colorful flowers in perfect complement to the delightful sparkle of its waters and the exuberant skies and besotted greens in the background.

Situated in the heart of the capital city of Srinagar, the Dal lake however is as mesmerisng an ecological specimen as it is a paradise in retreat. The urban lake comes with its own floating gardens, that remain blossoming with lotus flowers during the months of July and August. This Jewel in the crown of Kashmir boasts also of rich reserves of other species of flora and fauna. Serving as a flood lung of the Jhelum river, the Dal Lake is an ecologically important waterscape apart from its many pretty lures. With further numerpus tourist attractions in and around the lake as well as a host of adventure sports avenues, the Dal Lake is undoubtedly one of the most popular of natural lakes in India.

The Vembanad lake isn’t just one of the most beautiful natural lakes in India, it also is the longest. A prominent backwaters destination in God’s own country of Kerala, the 96.5 km long waterbody spans the Keralian districts of Alapuzzha, Kuttanad and Kochi.

Indeed a pretty site with the hundreds of kettuvallams (house boats) plied on it, the Vembanad lake is a focal tourist attraction apart from being a significant part of the natural ecosystem. Nestling with the beautiful backwaters of Kochi in close proximity, making for quite a sight of besotted blues and greens galore, the picturesque lake has it all to have tourists taken abact by its spellbinding beauty.

Equally striking is the diversified landscape that makes up one of India’s largest lakes. Comprising coastal backwaters, lagoons, mangroves and marshes, the lake makes up for the largest wetland ecosystem in the country. An intricate network of estuaries, lagoons and canals formed by the lake also is a vital component of the inland transport system in the state as is the many livelihood augmentations associated with it.

The largest coastal lagoon in India, Odisha’s Chilika Lake is an important site for eco tourism within the country. A tentative UNESCO World Heritage site, the lake also is the second largest brackish water lagoon in the world after the New Caledonian barrier reef. In being one of the largest wintering ground for migratory birds, on the Indian sub-continent, this biodiversity hotspot plays host to a number of exotic avian species. Also in its treasure fold of flora and fauna encompassment, the Chilika lake is an ecologically rich attraction. The only known home to the Irrawaddy dolphin, one of the many endangered species of India, dolphin tourism is also quite a prominent aspect of this beautiful natural lake.

In its ample tourism potential owing to its locational advantage and ecodiversity endowments, the Chilika lake has come to be among the best places to visit in Odisha. The Nalabana Bird Sanctuary is an island in the center of the lake that makes for one of the core areas and is also a prominent bird watching spot for tourists.

A natural sight of immense beauty, the Loktak Lake in Manipur is the largest of freshwater lakes in north east India. Home to the world’s only floating National park as well as being a wonder paradise itself, there isn’t any way we would have missed out on the massive 287 sq km Loktak Lake from our list. Famous for its numerous floating islands called Phumdis that are made of natural waste, the Loktak lake is every bit a nature lover’s delight. But apart from its uniqueness the lake also assumes significance as being the lifeline of Manipur. The diverse and delicate ecosystem that the Loktak Lake houses makes it a biodiversically rich natural asset as well as a pretty tourist hotspot.

An ancient lake, the Loktak is a photographer’s paradise in its myriad offering of hues in blues. Parallely, it is also as much an ecological phenomenon in its entirety. The Keibul Lamjao National Park, located on the largest phumdi, is home to the endangered Sangai. Other varieties of fauna also dot this biodiversically rich landscape, even as exquisite species or flora and vegetation make it a complete biological wonder. A unique tourism destination, exploring the beauty of the Loktak lake by staying put in one of the phumdis sure makes for quite an exciting proposition to explore.

Amidst the high mountains of Ladakh nestles the Pangong Tso Lake at some 4250 meters above sea level. Famed as the lake that blued up the screen in 3 Idiots, this natural beauty will captivate you with its picturesque settings and mesmerizing beauty. Camping and ice skating are some of the adventure sports you can seek some thrill in even as you get awed by the breathtaking beauty of its bluest waterscape. Quite a phenomenon in popular culture owing to its favourable location encapsulating the beauty of Leh Ladakh, the Pangong Tso lake demands an Inner Line Permit for access as it sits gallantly in disputed territory. In its primarily avian biodiversity, the shimmering waters of the Pangong Tso make it a retreat for nature lovers and beauty seekers alike.

Kolleru is the largest shallow freshwater lake in Asia and makes for a major tourist attraction in the Indian state of Andhra Pradesh. A Ramsar designated wetland of international importance, the Kolleru lake is also a wildlife sanctuary in itself. Spanning some 245 square kilometers of area, rich flora and fauna characterise the expanse of the lake that which sees some two million winged visitors every October- March. Another interesting visual feature of the natural lake are numerous fertile islets called lanka’s. These unusual depression are possibly result of some earthquake and make for quite a unique distinctive show at the bed of the lake.

Pulicat Lagoon is the second largest brackish water lagoon in India and is located primarily in the state of Andhra Pradesh. A shallow lake, this picturesque natural presence is a bird haven with a large variety of migratory birds flying their way into the Pulicat Lake Bird Sanctuary. With a rich flora and fauna diversity, the Pulicat lake is also a hotspot for commercial fishing even while being a protected area under the World Wide Fund for Nature.

Among the most beautiful and remarkable natural lakes in India is Jammu and Kashmir’s Wular Lake. An important fish habitat as well as a bird haven, the many natural sights dotting the 259 sq km lake is as grandiose a vision as its reputation of being among the largest of lakes in Asia. Touristry activities like boating, water sports and water skiing have gained prominence in the fresh water of Wular Lake. As a natural flood reservoir as well as in being a source of livelihood for the people, the lake is definitely among the more prominent attractions of the heavenly state of Kashmir. Pristinely beautiful much like the whole of Kashmir, the dimensions and water volume of the Wular lake also gives rise to high leaping waves in the afternoons, making for another unique and enticing spectacle.

India’s largest inland salt lake, the Sambhar Salt Lake dwells in the princely state of Rajasthan. An elliptical shaped expanse of prettiness, the lake is as significant economically as it is in its visual magnificence. Around 9% of the total salt production of India comes from this natural reservoir of saline water that which surrounds the historical Sambhar Lake Town.

An extensive saline wetland, Sambhar is a key wintering area for tens of thousands of pink flamingos and other migratory birds. The specialized algae and bacteria growing in the lake results in its striking water colors, making for a stunning visual phenomenal as well as amply supporting the lake’s rich ecology. Historically significant and touristically vibrant, this among the natural lakes of India is indeed a sheer beauty to discover.

A tourist destination, the Chandubi lake in Kamrup district of lower Assam is located at the foot of the Garo hills. Formed during the earthquake of 1897 and prominent in its defining feature of a lagoon, the lake has well become a natural sight seeing and picnic spot over the years. Surrounded by deep forests and small village hamlets, the Chandubi lake sees a wide variety of migratory birds during the winter season.

A pretty, picturesque lake in the sleepy state of Himachal Pradesh, Renuka Lake is a tourist site and also a spiritual haven. In its historical drawings and cultural references, the lake makes for quite a soulful visit. Amidst the lush green forests of the Indian Himalayas, the lake remains surrounded by slopes covered with a variety of vegetation and thick woods. Adventure sports like trekking and mountaineering in its surroundings make the Renuka lake a tourist favorite even as a variety of wildlife dot its verdant premises.

A large palm shaped waterbody that which is popular as being the entrance to the breathtaking backwaters of Kerala, the Ashtamudi Lake is a hotspot of ecological resources. Be it the flora, avifauna or the aquafauna biodiversity of the lake, the ancient lake continues to be quite a defining presence of the Kollam region in Kerala. In providing livelihood to people in its vicinity as well in being the inspiration for many artists who have waxed eloquent about the lake and the life on its shores, the Ashtamudi Lake is indeed more than just being the most visited backwater in the coastal state of India.

Deepor Beel is a permanent freshwater lake in the city of Guwahati in Assam and is a popular spot with tourists and locals alike. Nestled in the Brahmaputra valley, the area around the lake makes up the Deepor Beel Wildlife Sanctuary and speaks of the region’s rich biodiversity. A hotspot for a wide range of migratory birds, the beel also has its own reserve of flora, aquafauna and landfauna. An important source of livelihood as well as a prime spot for soaking in the beauty of nature in all its magnificence, the Deepor Beel is definitely one of the prominent natural lakes in India.

The supreme gem of all Kashmir lakes, this is how the natural Manasbal lake asserts its prominence as being a beautiful presence in India. A freshwater lake which is one of the largest havens for aquatic birds in the state, the Manasbal makes for among the prettiest of sights in Kashmir. The large growth of lotus at the periphery of the lake further enhances the lustre of the lake and its clear, sparkling waters. In being a source of water and also in its navigational and transportation avenues,the Manasbal lake is an important economic and ecological resource of the region. 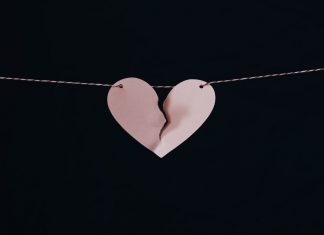