Assam might be a state most known for its rich tea but in its equally rich natural bounty this north eastern part of India is also as veritable a wonderland for enthusiasts of all things green and dense and wild. Famous for nestling the Kaziranga National Park that which is home to the world’s largest population of the endangered one horned rhinoceros, Assam is as exquisite a treasure trove of majestic wildlife and abundant greenery across its many national parks and wildlife sanctuaries, 23 to be precise. One such landmass of immense natural glory, both in its flora and fauna is the biodiversically vibrant Pobitora Wildlife Sanctuary, sometimes also referred to as mini Kaziranga. Though lesser known and hence lesser explored, this wildlife sanctuary is no less a beauty than any of the other natural explorations of the state.

Nestled in the vivid grassy floodplains that make Assam the beauty that it is celebrated for, Pobitora sits pretty on the southern bank of the Brahmaputra river in the Morigaon district of the state. Designated a wildlife sanctuary in 1987, the site had once been a grazing reserve in the erstwhile state of Nagaon and captured attention sometime 1961-62 with its significant presence of the one horned rhino. The current 38.85 square kilometers that the sanctuary sprawls across comprises therefore area of the Pobitora Reserve Forest, Rajamayong Hill Reserved Forest and few adjoining Government Khas land.

Landlocked by pristine villages on one side and surrounded by the river Brahmaputra and the Garanga beel on its north and south, the Pobitora Wildlife Sanctuary isn’t just a natural haven in exuberance, it also is one that makes for as revered a land of the aesthetics. In its green terrains and greener pastures, the Pobitora Wildlife Sanctuary indeed is a wonderland encompassing the breathtaking splendor of nature.

It perhaps is the lesser explored credibilities of Pobitora that lends it to unfold as more a charming experience to the few who manage to unearth its existence. Housing the densest population of the one horned rhinoceros that which is the pride of Assam, the Pobitora Wildlife Sanctuary sure calls for more attention than what it currently warrants.

In its swampy marshlands that which is a natural feature of the landscape in which it rests, the sanctuary is a natural habit to a wide range of species. Interestingly however, despite its 38 sq km area encompassment, the rhinos mainly dwell in some 16 sq km of area within the sanctuary that which is a riverine composition of forest with vast grassland suitable to their dwelling.

Making therefore for a population density so high in its current count of 102 rhinos as per the 2018 census, Pobitora in fact has exceeded its rhino-bearing capacity and is overpopulated as far as its most prevalent species is concerned. Rhino sighting therefore is something Pobitora will guaranteed gratify you with. Other species of wildlife also can be abundantly spotted though like leopards, golden jackals, wild boars, barking deer, civet cats, the endangered Asiatic water buffaloes even as the Gangetic river dolphin makes frequent splashes in the rivers surrounding the sanctuary.

But even while the landscape and faunal composition of Pobitora might have led it to be likened to the more famous Kaziranga National Park, the wildlife sanctuary continues to be as much a revelation in its avifaunal treasure as well. Home to over 375 species of birds while host also to almost 2000 migratory birds every winter during the months from November to February, Pobitora is very often also termed as the Bharatpur of the East.

This profusion of a wide variety of bird species as well as the extensive habitation by the rhinos has made Pobitora Wildlife Sanctuary a distinguished center for conservation. Identified as one of the protected areas under the program Indian Rhino Vision (IRV 2020) as well as recognised as one of the important Bird Areas in the country by Bombay Natural History Society (BNHS), Pobitora sure makes for an exciting proposition to wander about for wildlife enthusiasts who seek a detour from the teeming crowd to discover nature at their own pace and through an experience that surely is one of its kind.

Much like the location that makes for Pobitora being such a dense habitat of the one horned rhinoceros, the presence of the many species of bird is also a bounty endowed courtesy the locational presence. Home to the oriental-pied hornbill, the smallest of Asian hornbills, Pobitora is notable also in the presence of migratory water fowl across its wetlands during the winter months. Many disappearing birds like the Spot-billed Pelican White-bellied Heron, Lesser Adjutant, Greater Adjutant, Nordmann’s Greenshank and Swamp Francolin also make for delightful appearances at the site even as common names like the striated babbler, the grey hooded warbler, white vented myna and yellow weaver are common sightings across the grasslands of Pobitora.

Also a good breeding ground for pheasant-tailed jacana and bronze-winged jacana during the migration period, Pobitora Wildlife Sanctuary hosts two Critically Endangered, four Endangered, eight Vulnerable and three Near Threatened bird species. Marsh Babbler (Pellorneum palustre) is the bird species of the Assam plains that is endemic to the Sanctuary even as beautiful species like lesser whistling teal, black-necked stork, red-wattled lapwing and little egret are common explorations across the lush landscape of the region. Pobitora therefore makes for an exploration of myriad flying delights for those especially interested in avifauna, venturing beyond its reputation that has more than just a hundred some rhinoceros in tow.

Exploring the Pobitora Wildlife Sanctuary would undoubtedly grant you countless such memorable experiences in sights and sounds that you would likely not encounter in other wildlife zones. This of course has to do with the locational settings of Pobitora as well as its relative obscurity that renders it more pristine, more amazing and obviously more charismatic. The charm of discovering every speck of greenery and every visible movement of wildlife mounted on elephant rides or from safaris is a large aspect of what makes Pobitora so realistically divine a sight to savour. There even are boat safari services on offer that lends you a closer look at the elusive river dolphin even as river cruises on country boats prepares you for an experience of the rustic and the simplistic not often encountered.

But while Pobitora is manifestant in its very identity as a wildlife sanctuary as a place that will leave you enthralled with its biodiversity, no less spectacular is the floral encompassment of the region. Some 15 species of grass cover the sanctuary premises even as the blooming silk cotton and purple thorn apple trees weave a blanket of magical beauty through the length and breadth of the natural haven. Even for folks enamored more by the verdant offerings of nature and less with the lives in the wilderness, the sanctuary is as magnificent a place to visit and explore and gush about.

And why just the premises of the Pobitora Wildlife Sanctuary, equally charming is its adjacent surroundings that which are yet again a profusion of natural bounty. Particularly the Garanga beel or lake that surrounds the sanctuary is a serene and scenic spot to gaze into. Small and scenic, calm and tranquil, the Garanga beel offers ample opportunities for photography enthusiasts to capture some stunning shots if the bewitching greenery of the sanctuary weren’t enough to satiate their senses. A channel-type wetland connected with the Kolong River, the lake also is quite a vision to savour in the many egrets and ducks that swim along its waters, enticed more by its fish bounty and rich aquatic vegetation.

The Haduk Hanging Bridge over the namesake beel and right in front of the Pobitora sanctuary also adds immensely to the appeal of the surroundings. In somewhat resembling the iconic Howrah Bridge of Kolkata in structure, albeit in a much miniature form, the bridge itself is as much a wonder to rave about as the waterbody across which it spans. Dotted by migratory birds that flap their wings and let out chirps making for quite a unique experience of nature’s hullabaloo, the lake and the bridge prove to be quite popular attractions among all who chance upon the exquisite wonder that is the Pobitora Wildlife Sanctuary.

With such meanderings that dwell not just in the magnificence of wildlife but also the allure of nature’s choicest bounty, the Pobitora Wildlife Sanctuary will transport you to a different world altogether with its magical beauty. Indeed, in exploring the many attractions of this natural paradise you gift yourself a travel experience so enriching that will linger in your memories for times to come. 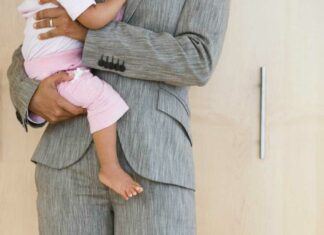 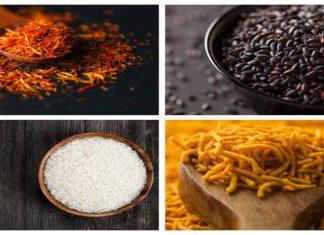