INNFINITY
Home Travel Best places to visit in Pune: the Oxford of the East Call it the Oxford of the East or the Queen of the Deccan, the Detroit of India or the cultural capital of Maharashtra, Pune has ample on offer to do justice to every epithet that seeks to do it up. No wonder the Indian city has forever remained a preferred traveler’s destination in its historical lure and its natural allure. Following are some of the best places you should definitely make it to while in Pune just so you know which epithet describes this vibrant city the best-

One of the best places to visit in Pune has to be the magnificent Aga Khan Palace. A monument of national importance that has been in existence for well over a century since 1892, the Palace is a fine specimen of architecture and as revered a place of historical significance. Sprawling over some 19 acres of land, the really majestic palace has Italian arches and spacious lawns encompassing five halls and remains seated in verdant greenery.

A very prominent tourist attraction, the Aga Khan Palace also claims importance as it has close links to the Indian National Movement and had served as prison for Mahatma Gandhi, his wife Kasturba Gandhi and quite a few other prominent social leaders of the time. Either to explore its amazing architecture or to dig relevance in its history, a visit to the Aga Khan Palace counts foremost among the list of things to do in Pune.

Another very prominent landmark that features as a must visit destination for every Pune traveler is the Vetal Hill that elevates some 2600 feet to be in fact the highest point in this Oxford of the East. Crowned by the Vetala temple, the hill envelops the entire city and offers a splendid view of Pune from the top. Trekking up the hill and taking in the view of a mesmerising sunrise makes for a morning really worthy of all your Pune sojourns.

Some 52 kms away from Pune towers the Lohagad Fort, that carries the legacy of the glorious Peshwa rule in the state at some point in history. Accessible by a trek that is more pleasing and less daunting, a walk up to the Lohagad Fort is definitely an enjoyable experience that would also make for a walk to remember for life. Towering some 1033 meters above sea level, this mostly ruined place however still remains gallant in its spirit and awes one and all with its old world charm.

Pune might be called the Oxford of the East but there is more to explore about the city than just its heritage and culture. For enthusers of nature’s beauty, it is the Pashan Lake some 12 kilometers away from the city that will have them captivated in its boundless beauty. An artificial lake that was built by the British to serve the water needs of the society, the lake however is no less enchanting than any of its natural counterparts and is definitely one among the best places to visit in Pune.

Be it the 300 meter Nature Trail along the side of the lake or the plentiful bamboo plantations that protect the water body and also attracts a host of fauna, the Pashan lake is indeed a glorious ode to nature. For your date with nature amid abunding tranquility, Pashan Lake is the place to be and seek soulful solitude in.

Literally translating as the Red Palace, the Lal Mahal in Pune is really a visual wonder to rave and live in its full splendor. Easily one among the more famous monuments in the city, the Lal Mahal has its own legion of history to boast about, being the childhood home for the valiant ruler Shivaji that also bear witness to many of his succeeding acts of valor. A really striking architectural specimen, the Lal Mahal in Pune beckons tourists who come to this Oxford of the East for their dose of revered history.

For a place named Peacock Bay it would be no less of a distribute if you venture from your Pune tour without paying this particular place a visit. Owned by the National Defence Academy, the spot might be the centerspot for all watermanship training programmes of the training forces but the lure of this tourist attraction also draws on the large number of pretty peacocks that reside in the surroundings. There’s also other exotic fauna dotting the spot that only amps its allure while a host of adventure activities ensure that this place is an unparalleled delight for nature lovers and adventure seekers alike.

A hamlet carefully tucked away in the enormous magnificence of the Sahyadri ranges is Rajmachi that makes for a really offbeat place to visit while in and around Pune. There’s the Rajmachi fort in close proximity so you can have your dose of adventure even when losing yourself to obscurity. In all its wilderness and greenery, and in its sprouting bouts of watery cascade, Rajmachi definitely is a wonder you wouldn’t have expected to stumble upon in this Oxford of the East that is Pune.

A famous pilgrimage site for devotees all over the country, the Dagdusheth Halwai Temple is another very prominent tourist attraction in Pune. With its grand ten day annual Ganeshotsav celebrations, this temple sees a crowd of people doing up the frenzy and living up the hype in observance of Lord Ganesh, the reigning temple deity. The more than a century old temple was built by a sweetmaker Shrimant Dagadusheth Halwai Dagadusheth Shrivastav in a beautiful construction that is eye catching even in its simplicity. Located amidst the heart of the city of Pune, the temple is marvelous for more reasons than one. Whether it be the magnificence of the idol that is visible from quite some distance or it’s heavily gilded avatar that has led it to be insured for a whopping ₹10 million, every single thing about the Dagdusheth Halwai Temple is grand in the reverence it inspires.

The Japanese garden in Pune- in fact the largest of its kind outside Japan in Asia- the Pune Okayama Friendship Garden is another notable place to visit while in town. Modeled on the Japanese Yin and Yang theory, the garden is based on the 300-year old Okayama Korakuen Garden in Japan and is reflective of the Indo Japan relationship. Lush greenery dots the picturesque garden space even as a natural canal runs through its midst making the ambiance worthy of one that entices the mind to relax and the soul to enjoy in liberation. If you want your Pune itinerary to be one resplendent in every color and offering of the majestic city than a visit to this garden needs to feature must in your to do list while in the Oxford of the East. 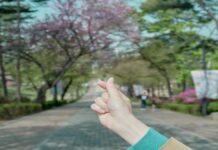 UFO mystery sightings by baffled observers in Vietnam and Egypt 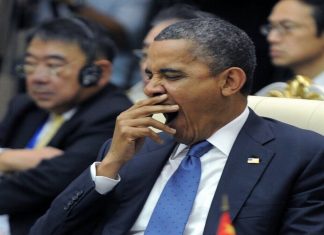