Adventure is the essence of life. It’s that surge of adrenaline that washes over you every time you think of something daring that prods you on to look ahead for things that can make your otherwise normal life an extraordinary existence. Think of something then as enticing as the blues also to hold your spirits up in a high and you would be besotted with the waters forever. Adventure sports indeed is a booming sphere, in spirit as well as in splurge. Whether it be the plunge into deep seas or simply faring through the treads of the magnificence that the underwater holds, there’s no end to the fantasy that the vastness of the earth’s depth encompass.

Be it snorkeling or deep sea diving, rafting or surfing, there is no dearth of adventure in the many water sports that seek to have you exploring all the allure of the waters. Here are some of the best spots in India you can go scuba diving in for that high of adventure in the mysteries of the deep waters-

Perhaps the most prominent of names that will strike you instantly the moment you talk about any water sports in India has to be the breathtaking cluster of gorgeousness that the Andaman and Nicobar Islands encompass. With the Bay of Bengal and the enormous spectacularity of the Arabian Sea in tow, these group of over some 300 islands is a true natural paradise and one that with its enormous reserve of aquatic life and pretty confines sure is among the top scuba diving spots in India.

Beautiful turquoise waters characterised by a rich sea life and exquisite coral reefs as well as a favourable weather with the sun shining down bright and pretty makes your scuba diving experience in the Andaman and Nicobar Islands a really memorable rendezvous for life. In its tranquil glory and swaying beauty, this Indian union territory is a haven of all things comprehensible- one that would lead you to the heights of ecstasy and the depth of happiness.

The go to holiday destination in India for all beach lovers and party people, there is a certain inexplicable charm about Goa that goes beyond just its peppy vibe and the laidback allure. In its coastal presence, Goa is also as happening a hub of adventurous water sports, being one of the absolute best among places to go scuba diving in India. Goa does indeed justify its reputation as being the perfect place for an all encompassing vacation detour with ample beauty and a bevy of fun of offer. And going diving in its ample waters dotted by exotic marine life and stable currents is just the thing you need to do to make the most of your gang vacation!

A tropical paradise- an archipelago to be precise- off the coast of Kerala, it is no secret that Lakshadweep indeed is one of the best places to go scuba diving in India. Clear blue waters, hitherto undisturbed peace and expanses of sand that gleams and glitters to hold you in fancy, Lakshadweep is stunning enough to be among the world’s best deep sea diving spots. In fact as India’s only coral atolls that is geologically a part of the same chain as the Maldives, this group of islands does indeed boast of some of the most exquisite fineries of marine life. The islets and reefs are tremendous treasure troves of enchanting marine life and beautiful enough to satiate your soul while immersing the adrenaline junkie in you in the unparalleled thrill of going diving in the deep waters.

In the peace and spirituality pervading the calm in its air, the town of Pondicherry sure holds a few adventurous surprises in store. One of the best places if you want to go skydiving in India, the quaint confines of Pondicherry is also as prime a location for indulging your scuba diving fantasies in. Calm lands and calmer seas, glorious sands leading upto turquoise waters and divine marinity, the allure of Pondicherry is as enamouring in its natural endowments as it is in its influential French heritage. Naturally this quaint colonial town and its array of gorgeous waters is a mainstay of the scuba diving scene in India.

Residing in coastal glory as the southern Indian hinterlands are, it is no surprise that states like Kerala rank high and up in the list of places to go scuba diving in India. The allure of every facet of this land that is very much God’s own country is so magnificent a phenomenon that will have you spellbound. Vast stretches of the most shining water, offset perfectly by a striking hue of verdancy and the contentment that rules the air at large makes Kerala a hotspot of leisurely exuberance. There is no end to the wonder that going scuba diving in this part of the country will bless you with, in an experience that would surely be among those one in a lifetime musings.

The southern haven of picturesque domains, Karnataka is also another name that counts amply on its coastal lineage to be among the top spots for waterfarers to indulge their adventurous spirits in. Abundant coral reefs characterise its waters that also host some spectacular diversity in marine life making scuba diving here an experience worth reliving over and over again. Whether you want to appreciate the beauty of the underwater world or seek some jazz in its many cliffs and rocks, there is no end to the wonder you can unearth in this very pretty place of pristine presence.

An unexpected feature in the list of scuba diving spots in India is the state of Andhra Pradesh that though has its own coastline still remains relatively less favoured as a prominent waterside destination. But the city of Vishakapatnam still has more than just its beaches and caves as its claim to fame. A mainstay in the tourism scene of the state, Vishakapatnam is also blessed with beautiful corals nestled within its clear waters and a diversely distinct ecosystem that makes the marine life here a unique experience to witness. With such amazing beauty in tow, Vishakapatnam sure has everything it needs to be the offbeat destination for going diving in Indian waters.

It is the village of Tarkarli that counts as the Maharashtrian mainstay when it comes to being a haven for waterfaring adventurers. Resting at a point that is the confluence of the Arabian Sea and the Karli River, Tarkarli holds a uniqueness of its own among the other scuba diving places in India. In fact as a coral beach it is only apparent that Tarkarli would be one really amazing site to explore the deep waters, whether it be to appreciate the amazing underwater beauty or also to seek awe in its many vistas of splendor and magnificence. Also with its white sands and clear waters, the prominence of Tarkarli as being a prime spot for water adventure sports in the country stands unrivalled. 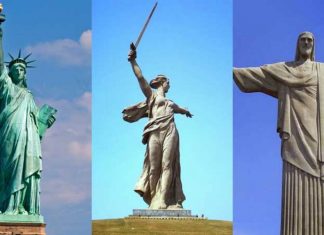