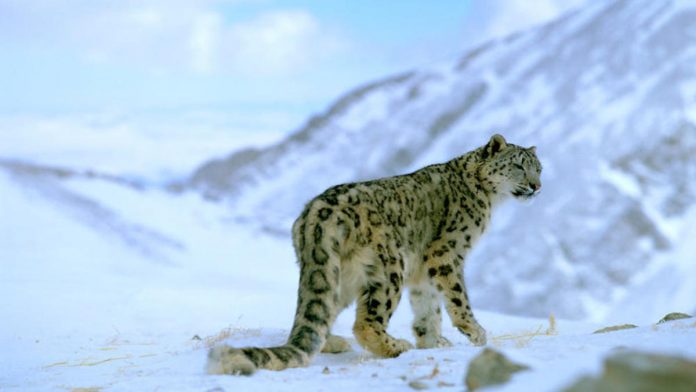 Sighting rare and elusive wildlife might be a hobby but it is an effort that calls for patience. Specifically when you hope to spot such an animal that camouflages itself so well that they become virtually indiscernible. It requires extensive research as well- such hotspots that might be probable habitats or such conditions that can be conducive to their free roaming in the wilderness or also just a matter of training your eyes to decipher their swiftly moving beings. It’s more about being in the right place at the right time and getting lucky, much the cliched way.

The snow leopard is one such elusive animal that reigns its own majestic will. While they indeed are a rare sight owing to a hugely limited population, it also happens that these ghosts of the mountains seldom traverse unfamiliar trails. While India is home to more than a few of these beauties, spotting a snow leopard still remains a less encountered phenomenon. Mainly inhabiting cold mountainous regions in their upper reaches, these animals make for exclusive sightings. Here’s the many places you can travel to in India to catch a glimpse of one of these snow leopards in all its majestic grandeur-

Being home to the vulnerable snow leopard in its highest density is the Hemis National Park. Spanning the scenic terrains of Leh- Ladakh, the high altitude national park is your best bet to sighting a snow leopard not just in India but in the whole wide world. With about 200 snow leopards dominating the fauna composition here, the park is believed to have the highest density of them in any protected area in the world.

The Rumbak Valley area of the park is the region where these leopards abound. Special winter treks to help visitors catch a glimpse of the snow leopards would be the best possible way to venture to explore your love for these beasts of the wild. Even otherwise with expansive green meadows and abundant biodiverse treasures, the Hemis National Park will ensure you don’t return disappointed, with or without that elusive snow leopard sighting in India.

A pretty pristine area of wilderness in the Chamoli region of Uttarakhand, the beauty of the Nanda Devi National Park transcends also into wild grandeur. Also a UNESCO World Heritage Site, the park plays home to some couple of snow leopards. Continuous sighting of these beasts year after here in this enthusing land of blooms and roars is what makes this Uttarakhand haven a total delight for wildlife enthusiasts.

As the sanctuary from where the Snow Leopard Project of the Government of India commenced, the Govind Pashu Vihar National Park is another of the wildlife zones in Uttarakhand. The project aims to provide special conservation measures to protect the endangered species from poaching and loss of habitat and food. With stringent and dedicated conservation measures in place, this is another place where you can chance upon a snow leopard in India.

Another Uttarakhand hotspot that is home to the snow leopard in India is the Gangotri National Park. Situated in the Garhwal range of the state, the park however is a rather recent addition to the list of places that offer spectacular avenues for such wildlife spotting. Nonetheless, the park still can be the confines you need to venture into if you want to catch a glimpse of the elusive beast in its wilderness majesty.

A part of the Nanda Devi Biosphere Reserve is the Valley of Flowers National Park that also is a snow leopard hotspot. Endemic alpine flowers and a rich flora reserve apart, the park offers rare glimpse of the majestic beast that make it a favourable ground for leopard spotting in the state.

Another designated area in Uttarakhand that plays host to the snow leopard is the Askot Wildlife Sanctuary. Though lesser explored, this protected presence in Pithoragarh district at the junction of the Western and Central Himalayas is also a key area covered under the Snow Leopard Project.

As a national park that came into existence as being a conservation spot of snow leopards, the Kishtwer National Park should give you ample chance of spotting the endangered beast of prey. Located in the paradisaical land of Kashmir, the park in fact is attributed as one of the seven snow leopard reserves under a project launched by the Central Government of India. No doubt this green piece of haven should be among your prime resorts to unfailingly view snow leopards in their wild majesty.

Another national park in Kashmir where you can harbour hopes of spotting the elusive snow leopard in India is Dachigam. Mostly inhabiting the high altitude regions of Jammu and Kashmir at altitudes over 10000 feet, snow leopards are a less rare phenomenon in the Dachigam National Park where the altitude ranges from 5500 ft to 14000 ft above mean sea level. Though the park is most notable for being the habitat of critically endangered species like the hangul, snow leopard sighting ventures also can yield favourable outcomes if you happen to be the lucky one.

Kanji wildlife sanctuary might be one of the lesser prominent of wildlife havens in Jammu and Kashmir. But in being a significant home to snow leopards, the sanctuary assumes a prominence of its own.

A UNESCO World Heritage Site, the Great Himalayan National Park in Kullu region of Himachal Pradesh is another region in India where you can possibly spot a snow leopard. With its outstanding biodiversity, the park is one of the best places you can chance upon the magnificent snow leopard in possibly the highest areas above the tree line. Also with ample conservation measures in place to safeguard snow leopards inhabiting the Great Himalayan National Park, this surely is one of the best places to step into for a one of a kind wildlife adventure.

In the state of Lahaul and Spiti in Himachal Pradesh nestles another natural ground that acts as a haven for the endangered snow leopards. The Pin Valley National Park is a cold desert region that in its snow laden unexplored higher reaches and slopes harbours a significant population of snow leopard in India. In fact, as the home of the snow leopard the park is believed to nestle some 12 in number of them which can be particularly sighted during the winter months when they migrate to lower areas.

In a tiny hamlet of Kibber in Himachal Pradesh lies the Kibber Wildlife Sanctuary that is another of the favorite hunting grounds for snow leopard. Elevated at some 3,600-6,700 m above mean sea level, Kibber is a unique hotspot to spot these alluring beasts of prey. Some 30 individuals of this majestic species are believed to exist in Kibber, which ironically does not receive as much attention as its other peers. A sneak peek and even a couple of clicks of the leopard is what you should be rewarded with if you manage to set foot in this part of wildlife territory.

Haunting the cold desert and alpine tracts of the Rupi Bhaba Wildlife Sanctuary in Himachal Pradesh’s Kinnaur, snow leopards make for a rare but grand sight here. Picture perfect in its expanse and conducive to the existence of snow leopards in its vastly rangng altitude, the sanctuary indeed does provide a rare glimpse into the majestic sight of elusive wonder. Quite a place to discover irrespective of whether you get to sight a leopard or not!

Another UNESCO World Heritage Site that is a prominent feature among places to go snow leopard spotting in India is the Khangchendzonga National Park. Located in the state of Sikkim and home to the world famous mountain peak Kanchenjunga for where it even derives its name, the park is also the the first “Mixed Heritage” site of India. The Snow Leopard (EN) is the infact the flagship species of the park that provides a natural habitat for the largest Himalayan carnivore.

A chance encounter with the elusive snow leopard in north east India could be a reality at the Dibang Wildlife Sanctuary in the state of Arunachal Pradesh. Elevated at some 5000 meters above sea level, the sanctuary houses both snow leopards and clouded leopards in its high and low zones respectively. As the only state that is believed to have all the four major varieties of big cats in its jungles – Tiger, Leopard, Clouded leopard and Snow leopard, Arunachal Pradesh sure should be an offbeat terrain to grant you a brush with the coveted giant.

The largest protected area in the Eastern Himalaya biodiversity hotspot, the Namdapha National Park is also viable hotspot for snow leopard sighting in India. Located in Arunachal Pradesh’s Changlang district, the park houses all four pantherine species. Winter are the most appropriate of seasons to catch a glimpse of these snow leopards in Namdapha. Head on therefore to a sojourn to north east India if your are really anticipant enough of catching a glimpse of these beauties in as beautiful confines! 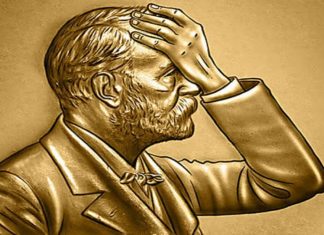 20 shades of green you never differentiated before 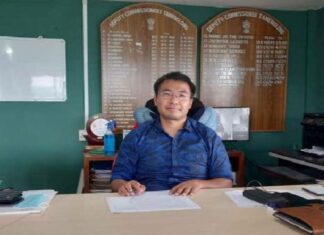