Los Angeles, the busiest city in California is full of life 24 X 7. This city never lets anyone live a dull and boring life. The hustle and bustle of this city is sure to wake up the energetic and fun-loving spirit in you to explore the city to its fullest.

This cultural, commercial and financial hub of Southern California has everything that is needed to suit your moods at any time of day. After all, why will it be called the ‘City Of Angels’ if there isn’t everything? Maybe the angel of Los Angeles whoever he or she may be has attracted and lured people to come to its land and reside there in full satisfaction. This maybe the reason for Los Angeles  to become the most populated city in the Western United States. Having attracted many people to its land since 1781, the angel has today transformed it into a highly economic superpower of the United States. No wonder then that this city is so rich and beautiful. This real fairyland on earth also has a glorious history.

With the Pacific Ocean flowing by its side, it is no surprise that Los Angeles is home to a large number of beaches. Dotted with sea caves and rocky shores and huge waves to wash off your tiredness, Leo Carrillo State Beach in Malibur and El Matador Beach are the ideal places to go to spend some time out for yourself soaking in the beauty of nature.If you are the one who likes to spend holidays with your family and relatives then there are four beaches waiting for you where you can enjoy to your fullest with your near and dear ones. Venice Beach, known as the bohemian epicenter, will amaze you as the Abbott Kinney Street will transfer you to a colourful world where every wall is filled with spellbinding artworks and you can also colour yourself from various tattoo art centres abounding the streets. Then there is the Hermosa Beach, the Manhattan Beach and the Santa Monica Beach for enjoying picnics, volleyball or surfing through the sea waves. So it is beach time, folks!

For worshipers of Hollywood, the Hollywood Boulevard Street is a complete world of entertainment in itself. Housing many theaters and most importantly, the Hollywood Walk Of Fame and the Madame Tussauds Hollywood which have wax statues of famous celebrities looking like real persons, this street has everything required to satisfy your dosage of Hollywood. The Hollywood Walk Of Fame have 2600 five-pointed terrazzo and brass stars embedded in the sidewalks along 15 blocks of Hollywood Boulevard. The stars contains the names of famous Hollywood celebrities.  Warner Bros Studios are a perfect place for finding out what goes on behind the scenes while a film is being shoot. Los Angeles also hosts many film festivals and award ceremonies around the year and you should not miss it if you are a cinebuff and book tickets as early as possible.

For the science addicts, there is Griffith Observatory which houses curious scientific objects and also hosts a planetarium show. Also, there is the California Science Centre which houses curios from every level of science ranging from physical sciences to life sciences etc. The Hutington Botanical Gardens with its pretty variety of flora will surely amaze you. For art lovers there is the Broad, the Getty Centre and Los Angeles County Museum of Art which consists of artworks of various historical periods done by famous artists. For history aficionados there is the Natural History Museum and the La Brea Tar Pits & Museum which mostly houses ancient fossils, skeletons etc.

Being home to Disneyland and Universal Studios, what more can we ask for? These two fairy tale worlds encompasses a number of thrilling rides and wonderful halls that seems like a virtual dreamy world. Also, Los Angeles boasts of a number of water parks. Sea World San Diego is a great place for watching dolphins and whale shows.Los Angeles surely makes a great destination as it brings alive the world of fairy tale books.

Los Angeles is a delight for people of all age groups. The moment you step on this land , the angel of Los Angeles will take you on a roller coaster ride to various places that are indeed heaven on earth.

A Couple Natural Amazing Waterslides For A Fun Ride

Best Places In The World For Deep Sea Diving

10 Tips For Travellers For The Ultimate Comfort Travel 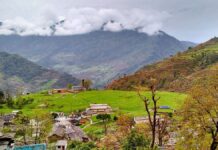 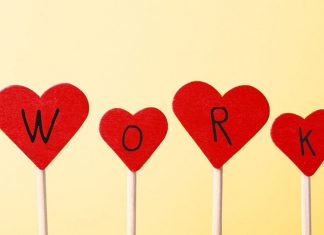