INNFINITY
Home Travel The many gorgeous oases of the world The pearls of beauty that shimmer amidst the dusty din in deserts, oases indeed are a different world of reality altogether. Magical, sometimes almost moulding in to fit the form of a mirage, existing like entities that could change the entire course of the brown identity through which they strive, oases are but place of tranquil calm, of hope, of vibrancy and of a beaming joy in being the source that bears the power to sustain life itself.

A speck of exuberance shooting through what seems like the never ending doom of the desert, the lush essence of an oasis does make it the lifeline on which the desert ecology thrives. But in presenting also a compounded aesthetic that stands out in being a physical form of the intangible yearnings, these very oases also become all the more coveted attractions of beautiful beckonings. Taking a look at some of the most gorgeous oases around the world that will have you falling in love with their unique beauty-

Starting off our list with the largest oasis in the world has us traversing through the sandy terrains of Saudi Arabia. The Al Ahsa Oasis or the Al Hasa oasis in the south eastern region of the country largely characterised by deserts is recognised by the Guinness Book of World Records but even beyond its enormity, this is a site steeped also in magnificent history. A World Heritage Site since 2018, the region has been inhabited since pre historic times and is therefore home to a number of archaeological sites. With its shady palm and date palm groves, that which amount to a gigantic 2.5 million in number and crystal clear artesian springs, the oasis is indeed a stark presence in the otherwise brazen landscape of Saudi Arabia, epitomising therefore a beauty that stands out all the more in its distinctiveness.

Indeed then, with such gorgeousness in tow, the Al Ahsa oasis lives up to its status as a tourist’s favorite in all the sparkly blue and green it harbours. But beyond that, Al Ahsa engulfs also the largest conventional oil field in the world, and therefore rests in a dual dimension of its expanse. As the first UNESCO-listed city in the Gulf that which has also been a part of the Creative Cities Network since 2015, Al Ahsa, with a name that speaks outright its essence of being an oasis, offers a veritable view of verdant greenery with its rich agricultural facilities as well. Unlike any other oasis of the world but more than just by virtue of being the biggest, this gem of the Middle East is definitely worth a visit- and many more in its stupendous significance.

For a mountain oasis already spelling spectacularity to also reveal itself as being the Qasr el-Shams or Castle of the Sun is indeed a prelude of the beauty that is to follow in sight. And that’s exactly what the Chebika oasis in western Tunisia presents itself as in its dramatic unfolding at the foot of the Djebel el Negueb Mountains. Once a Roman outpost and today a favorite destination with hikers, courtesy its presence along the mountain trail, it still is also the beauty of Chebika that stands unparalleled, that has been documented on screen through the shots of a couple popular Hollywood movies.

As a village built around a small natural desert lake, Peru’s Huacachina region is every bit evocative the image the mere mention of an oasis likely conjures up in your mind. In its tranquil beauty even as a resort oasis, Huacachina or the ‘oasis of America’ however lends itself well to every one who ventures into its captivating landscape. Relaxing and romantic while also being adventurous and a complete party jaunt, this popular holiday spot in Peru is home to just some 115 families while being the repository of a wide many legends.

The water and mud of the area is supposedly therapeutic which means that tourists and locals alike often bath in them to yield the benefits, both in medicine and at leisure. Despite such ‘calm’ feels about it, the Huacachina oasis is also one that can truly indulge the adventurer residing among the holidayers who frequent its premises. Set in the several hundred feet high sand dunes of Peru’s south-west, sandboarding along the sands, with of course the water at bay, a popular sport here as are the many dune buggy rides that people enjoy on buggies locally known as areneros.

Oases by themselves are exotic chunks of identity within barren landscapes but there exists a particular oasis that is even more remarkable an identity in its offbeat essence. Fed by a seasonal waterfall, the oasis is what adds a dash of color to the otherwise barren extent of the desert landscape, in such hues that aren’t really a feature of oases elsewhere.

A ‘legendary’ oasis that is sung about in songs and praised in poems, Timia reveals itself as a world of even distinctive wonder in its greenery that which manifests not only through the ubiquitous date palms of the desert but also in its many fruit trees! With citrus fruits, notably oranges as well as pomegranates in all their pretty bearings zesting up the dull, almost dreary confines of the desert, the oasis of Timia is indeed a sight to cherish amidst the extensive sore views that the desert trail guarantees.

For an oasis to be ‘disguised’ in the form of a national park, sounds like quite weird a place to exist? But the world is full of oddities that only serve to make it more beautiful which is why a certain phenomenon in Brazil has us celebrating an oasis that is exclusive to only a certain time of the year. Though not an oasis in the real sense of the term in that it does not pertain to a desert landscape, the park itself tends to appear somewhat like one though. What therefore makes up a proxy oasis in this proxy desert of sorts is in fact a series of freshwater lagoons that are visible only every winter, that runs sometime from June to August.

Almost like a white sand desert with pools of the most stunning blue standing out, the golden landscape of the park is a beauty to behold especially perhaps because it is a seasonal sight that only enhances further the appeal of them. Little known to the world even in their unique beauty, these pools that can be some 10 feet dip and maintain a temperature around 30 degrees celsius span over an area of miles, offering a warm hug of natural resplendence that comes to characterise the Lençóis Maranhenses National Park in north eastern Brazil. Devoid however of the greenery that dots all oases by virtue of nature, this Brazilian spectacle still is as every bit as incredible an experience that carries in them inherently the surreal feel of revealing almost as a mirage, making them therefore ‘truer’ oases than what they indeed are!

An oasis in the desert of Oman, Wadi Bani Khalid is like every other famous spectrum of water in the midst of sandy nothingness. As an area dotted by emerald water pools and lush palm trees galore surrounded by rocky ravines and steep cliff faces, this is no different from any typical experience you would expect especially amidst the grandiose landscape of the Middle East. But even in its seemingly commonplace premise, that which also exists year through, fed as it is through an underground stream, the Wadi Bani Khalid reveals in originality as a splash of water so immaculately clear and sparkly that it would appear to you as the rigorously maintained pool of some amusement park.

With turquoise waters as calm as they are cool, and studded also with caves and mountains and waterfalls, this experience right in the middle of an Oman blazing in exuberance is just the kind of ‘distraction’ you need, to make for a travel story interspersed with all the hues and elements of the land that gets as diversive as it can.

A glittering desert oasis, this time in the mystical land of Morocco, is the Tafilalt oasis, located entirely along the Ziz river. Uber pretty in its fortified villages and world famous for its dates, this largest oasis in the Sahara is really a tremendous respite within the precincts of what is the largest hot desert of the world. Offsetting the dusty setting of the Sahara in general and Morocco in particular is this welcome route of escapism, manifesting through quaint mud villages known as ksours and that which presents this piece of natural haven as an entity as prominent in its cultural and heritage values. With its large, luscious dates lending the Tafilalt oasis a remarkable reputation beyond its striking- and indeed mystical aesthetics, this is a Moroccan wonder with the magic of the land meandering all through its encapsulating confines.

An oasis that bursts forth into prominence with a streak of water that looks as if the moon in its crescence has descended upon the desert is the amazing Crescent Moon Lake of China. With such alternative names as Crescent Spring, Crescent Moon Spring, or Yueya Spring that are a testimony in themselves to the immense beauty of the oasis, this body of beauty amongst the dense dusts of the desert has been known to be in existence since at least the times of the Han dynasty, offering an escapade of blue amidst the golden dunes of sand, that very often have also threatened to swallow it up.

In the expanse of the Gobi desert that extends into China, the crescent lake came into existence as a natural wind created depression and today persists as a natural attraction resting in a splendor unimaginable. Granted a new lease of life with the planting of a green wall of shrubs to stop sands from encroaching upon its identity, the Crescent lake oasis exists today as a tourist attraction both in its beauty and in its avenue of adventure activities.

Another oasis marking its presence in the expansive realms of the Sahara is the Ubari oasis in southwestern Libya. Centred around one of the 16 dune lakes that has been created by water trapped amongst sand dunes, the town of Ubari itself is home to many beautiful palm-fringed oases, all of which are pools of really salty water. Even then, the region supports vegetation including date palms that have evolved and adapted to grow and flourish here, lending this picturesque presence in the desert the green dimension that makes it stand out amidst the vast expanse of the browns.

Beyond its geography, the region is as rich in its historical continuity but particularly captivating is such facets of it that draw its existence several thousand years ago as a wet and fertile region, even as what remains today are mere streaks of the watery trail that had dominated Ubari at some point of time in history. 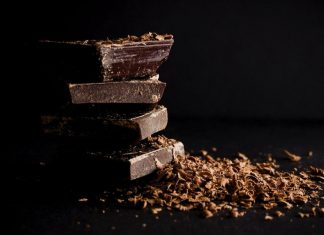 Top 9 best dark chocolates in India you must try out