A land of vast richness in its natural bounty as well as cultural legacy, India is a virtual treasureland. The edificing grandeur of the majesty that the country harbours in its vast repository of wonders find expression also in her prominent presence in the UNESCO list of World Heritage Sites. With a total of 38 such phenomenal heritage sites, India sure is a land of exemplary riches in its heritage. But while sites like the beautiful Taj Mahal and the historic Qutub Minar, the magnificence of the Western Ghats and the cityscape of Jaipur are prominent in their heritage characteristic, there also exist a host of other as exuberant sites that somewhat rank lower in popularity. Let’s take a look at some of these less famous world heritage sites that further amp up the heritage and beauty of India-

Diversive than any of the other World Heritage Sites India boasts of is the Chandigarh Capitol Complex which is an architectural phenomenon in itself. A very spectacular work of art by French architect Le Corbusier, the historic Chandigarh Capitol Complex houses also quite an unlikely premise. Encompassing the sober confines of the state Secretariat, the High Court and the Legislative Assembly, the Capitol Complex however comes alive in an aesthetic grandeur quite rare to such institutions of importance.

The magnificent edifices housed by the complex sits majestically against the backdrop of the stunning Shivalik peaks as a distinguished UNESCO World Heritage Site since 2016. A part of The Architectural Work of Le Corbusier, an Outstanding Contribution to the Modern Movement, the Capitol Complex also features the popular Open Hand Monument, Geometric Hill and Tower of Shadows besides the three buildings and a lake. In its striking aesthetics and standout presence, the Chandigarh Capitol Complex undoubtedly marks the very identity of the city it defines.

The allure of the hills and the quaint charm of the winding rail lines that make their way along the lush greenery- a mountainous rail experience in India is a bliss divine.And while the aesthetics might not be the absolute criteria for the Mountain Railways of India to be a prominent UNESCO World Heritage Site,it also is the mesmerising beauty and natural splendor that makes these collection of railways a truly prime attraction of the country.

Comprising the designated sites Darjeeling Himalayan Railways in West Bengal,Nilgiri Mountain Railways in Tamil Nadu and Kalka Shimla Railways in Himachal Pradesh,India’s mountain railways are a wonder unparalleled. With the bestowment of the heritage status on these tracks in 1999,2005 and 2008 respectively,the mountain railways stand testimony as “outstanding examples of bold,ingenious engineering solutions for the problem of establishing an effective rail link through rugged,mountainous terrain.”

It helps also that each of the railway lines has its own distinctive claims to fame.The Darjeeling Himalayan Railways sits pretty in its ambient presence.Trailing through the dewy green expanses of the hill station town,the railway is a hit with tourists who amble along on a joyous ride aboard the cheerful Toy Train. Also notable for its many peculiar signages that spell out names like Agony Point and Sensation Corner,the railway is remarkable as well in its many spirals on steep hills providing scenic views of the valleys below.

The Kalka Shimla Railways however have somewhat of an uncanny aura. The longest tunnel on the route and in fact one that sits pretty in a seemingly mysterious locale is the the Tunnel No.33 which is believed to harbour considerable paranormal presence.In its spooky essence as being among the haunted places in India, this heritage site sure also entices with a thrill of its own!

Famous for its Patola sarees which are some of the most exquisite types of silk sarees is the town of Patan in Gujarat which also plays host to as exquisite a World Heritage Site. Famous as the Rani ki Vav or the Queen’s Stepwell, this monument has been on the UNESCO list since 2014. As a monument that was built by queen Udayamati in memory of her husband, the Rani ki Vav is almost parallel to the Taj Mahal in stature. Though in popular culture, the 2016 Cleanest Iconic Place has been a rather ephemeral figment of public memory.

Considered one of the finest and largest of its kind, the stepwell is also declared a monument of national importance. Significant also in its inverted temple design that supposedly highlights the sanctity of water, the stepwell is divided into seven levels of stairs with sculptural panels that combine religious, mythological and secular imagery.

The first mixed heritage site of India, the Khangchendzonga National Park is a really spectacular abode of natural treasure. In its unique diversity of plains, valleys, lakes, glaciers and spectacular, snow-capped mountains covered with ancient forests, including the highest peak in India, Mount Khangchendzonga, the biosphere reserve gains prominence as a site of mixed natural and cultural importance.

Nestled in the pristine picturesqueness of the north eastern state of Sikkim, the national park is also a recent inclusion in the UNESCO Man and the Biosphere Programme. In exhibiting one of the widest altitudinal ranges of any protected area worldwide, the park is also a popular spot for trekkers. The haunt of the elusive snow leopard in India, the Khangchendzonga National Park is also distinctive in housing the Tholung Monastery, one of the most sacred of monasteries in Sikkim. Even the Rathong Chu River that runs through the park as well as the surrounding valley are sacred to the Lepcha people. This sacred status of the park extends as well in Tibetan Buddhism, making it a unique juxtaposition of natural heritage and a cultural lineage.

Convents and Churches of Goa

Even when Goa had managed to eke its heritage place out in the prestigious UNESCO list with the numerous convents and churches decorating its charismatic chambray of charming confines long back, it still remains a lesser known gem in its beyond the beach blitz. The many religious monuments in Goa that were declared a world heritage site by UNESCO in 1986 are all deep steeped in the Portuguese influence, either it be in long standing architectural brilliance or in continuing cultural identity.

Be it one of the Seven Wonders of Portuguese Origin in the World, the Basilica of Bom Jesus or the oldest of the Old Goa Churches, the Church of Our Lady of Rosary; the Se Cathedral housing one of the best church bells in the world or the popular tourist attraction Church of St. Augustine; the St. Cajetan Church or the Church and Convent of St. Francis of Assisi or the Chapel of Santa Catarina, each of the wonders on the World Heritage List spells exuberance about Goa in its quite offbeat a track.

While the Manas Wildlife Sanctuary in Assam may have been forever sidelined by its more illustrious counterpart the Kaziranga National Park, the former is also as esteemed a World Heritage Site as the latter. Located in the scenic diversity along the Himalayan foothills, the sanctuary has been included in the UNESCO list since 1985 though it was declared a world heritage site in danger seven years later due to heavy poaching and terrorist activities. With commendable preservation efforts though, this Project Tiger Reserve managed to evade the distinction almost two decades later in 2011.

A biodiversity hotspot, the Manas National Park houses a number of rare and endangered species as part of its faunal diversity. Housing the last population of the Pygmy Hog in its wilderness, Manas is the only landscape in the world where pristine Terai Grasslands are seen merging with the Bhabar grasslands interspersed with diverse habitats ascending to Semi-Evergreen forests and then to Bhutan Himalayas. Boasting the largest population of the endangered Bengal Florican in the world as well as a significant population of Royal Bengal Tigers, the site is no less a wonderland for nature lovers. As much a tourist attraction owing to its spectacular beauty, the Manas Wildlife Sanctuary is further beautified with the River Brahmaputra, one of the major Indian rivers, coursing across its biodiversically rich landscape.

The world famous beauty of the Taj Mahal might be what has familiarised us with the enticing majesty that Agra holds. But resting in the historic city is also another monument of heritage importance which assumes identity as the Agra Fort. A UNESCO World Heritage Site since 1983, the fort is also known as the Red Fort of Agra and bears quite some resemblance with again the more famous Red Fort of Delhi.

In its striking red sandstone built that which also traces its architectural origins to the Mughal empire, the fort is giant enough to almost be a walled city. Encompassing in its flamboyant grandeur are also other historic sites that which includes the Shahjahani Mahal, the Shish Mahal, the Muthamman Burj and Jahangir’s Hauz among others. Also prominent in affording one of the best views of the iconic monument of love, the Taj, the Agra Fort deserves to command more attention and awe than what it already does. 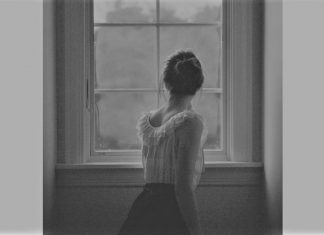 Grey is the Colour and Life is the Game- #Grey #HerStory 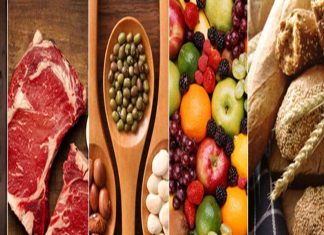